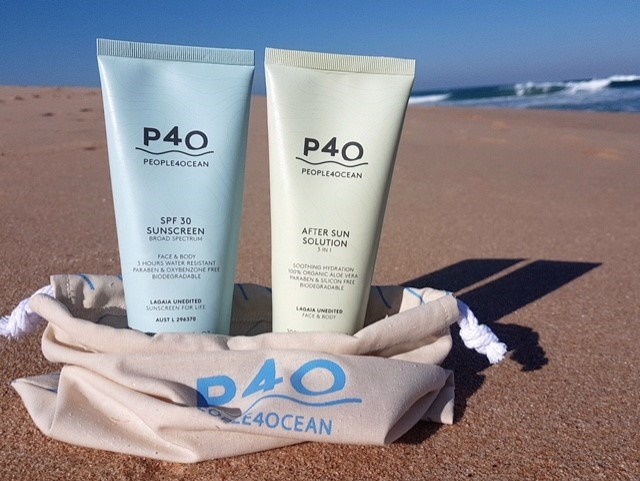 With the People4Ocean’ sunscreen, the founders have merged their knowledge of coral reefs with the expertise of luxury skincare formulators to create a natural sunscreen product. (Louise and Austin Laing)

(Seychelles News Agency) - A new environmentally safe sunscreen is being promoted by a Seychellois and two foreigners living in Seychelles in a bid to reduce the negative impact of sunscreens on coral.

Louise Laing from France and husband Austin Laing from Australia together with Seychellois Sylvie Hattingh are promoting a sunscreen called ‘People4Ocean’ (P4O).

Since not many people are aware of sunscreen pollution, the two marine biologists who are living on Praslin, the second most populated island, for the past two years, decided to start the promotion campaign of the P4O sunscreen.

The sunscreen was created in 2014 by the Laing couple, who has worked on coral restoration in the past in Seychelles, an archipelago in the western Indian Ocean. Both marine biologists shared from the start a strong connection to the ocean and a commitment to protecting marine life.

Hattingh joined the couple after seeing how much effort they were putting into saving the reefs of Seychelles.

“I feel very concerned when the rate of tourists visiting Seychelles is rising and we are not educated on the toxin entering our ocean with sunscreens. To have a positive impact it is important for us to start raising awareness of the consequences on this matter and demand that we act as soon as possible to save our coral reefs,” Hattingh said.

With the ‘People4Ocean’ sunscreen, the founders have merged their knowledge of coral reefs with the expertise of luxury skincare formulators to create a natural sunscreen product. It is a 100 percent natural product, unlike most sunscreen lotions which have ingredients that are harmful to a person’s health and toxic for the environment such as Oxybenzone.

Since Seychelles is already vulnerable to coral bleaching while visitor arrivals keep increasing, the group is concerned with the long-term impact of the use of sunscreen on the country’s marine life.

“At minimal concentrations, oxybenzone can inhibit the growth of baby corals, is toxic to seven coral species and is likely to induce coral bleaching. Finally, additional testing has revealed that it also acts as a hormonal disruptor on marine invertebrates such as shrimps and clams,” said Louis Laing.

The group is running the campaign among hotels in Seychelles while targeting the tourism industry.

At the moment, the Ministry of Environment is still observing the impact of sunscreen on the marine life.

“We are aware of the effects of sunscreen on the corals but it’s too early for us to make any decision on that matter but we are observing it closely,” said Alain Decommarmond, the principal secretary.

The founders of the People4Ocean sunscreen said that if Seychelles wishes to maintain a sustainable ocean-based tourism, sunscreen pollution should be addressed.

The couple’s next step is campaigning at the next International Great Barrier Reef Restoration Symposium taking place in Cairns, Australia in July.