25th birthday: 8 facts about the constitution of Seychelles 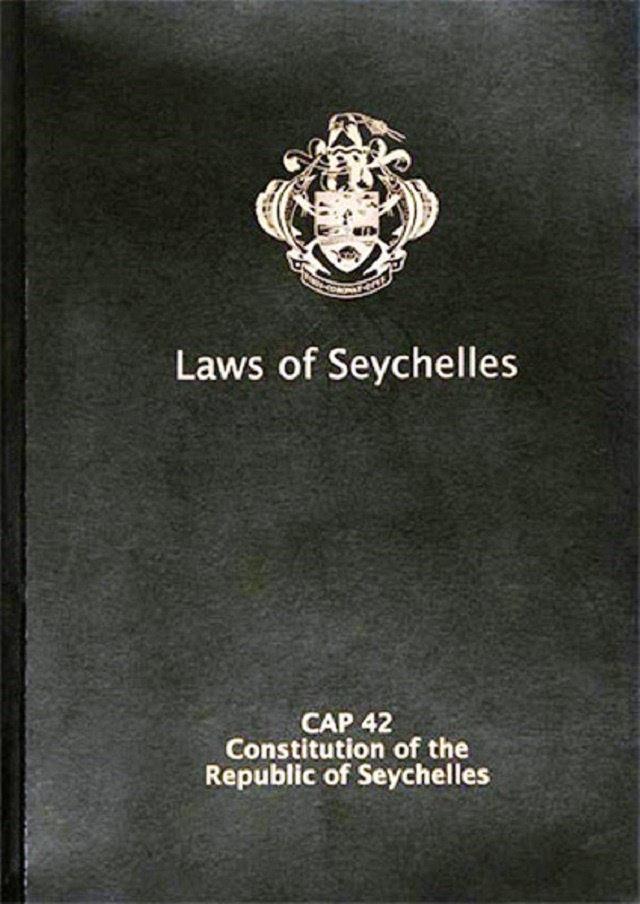 (Seychelles News Agency) - On June 18 Seychelles celebrated the 25th anniversary of the existence of the Constitution of its Republic. To mark the event SNA takes a look at 10 facts about the constitution.

1. The constitution of Seychelles was adopted by the Constitutional Assembly in 1993. It is the first democratic one in the country’s history and gave rise to the third republic. The Seychelles' constitution is also available online via the Seylii website.

2. Constitutional Day is celebrated on June 18, which until 2015 was observed as Seychelles’ National Day.

3. The Constitution of the Republic of Seychelles is the supreme law of the country. Any other law found to be inconsistent with the constitution is, to the extent of the inconsistency, void.

5. It provides for three pillars of the government – the Executive, the Legislature and the Judiciary, which operates checks and balances on each other.

6. Providing for 25 fundamental rights of every person in Seychelles, the constitution consists of 16 chapters, seven schedules and 170 articles.

7. In the last two years, two amendments were made with regards to the president. In 2016, the presidential and vice presidential terms in office were brought down to two five-year mandates instead of three consecutive five-year terms. Another amendment in 2017 stated that Seychelles will hold new elections within 90 days if the island nation's President dies, resigns or is removed from office.

8. Until this year, the constitution was available only in English. The first copy of the Creole version was presented to President Danny Faure on June 16.