4 landmarks in Seychelles'Independence Avenue to think of this National Day 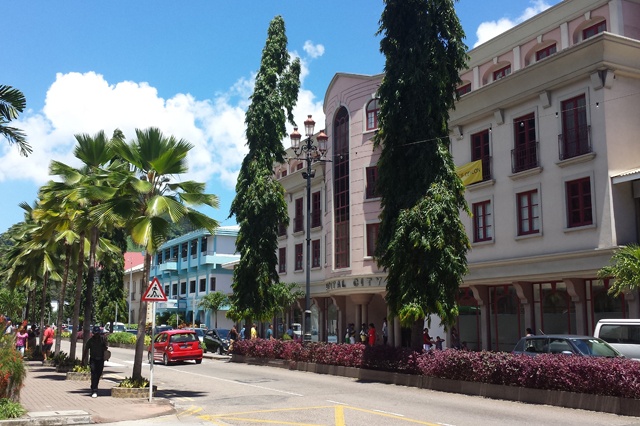 (Seychelles News Agency) - On June 29, Seychelles will mark 42 years of independence from British rule, which ended in 1976. The date is, since 2015, celebrated as National Day in Seychelles and several activities will be organised, including a military parade at the Unity Stadium at Roche Caiman.

This building is well worth exploring as it serves as a prism of time. The iconic landmark plays the lead role in the list of the island’s many historic attractions and landmarks.

At first glance, the former Supreme Court building has hardly changed since the days it was built as the New Oriental Bank. Despite extensive renovations over the years, the building maintained many of its original features such as the wrought-iron spiral staircase.  Today, this iconic building is to be restored to its original state to house the National History Museum of Seychelles.

The bust is a replica of Pierre Poivre, who was sent on an expedition to Seychelles in 1770. He came up with the idea to establish a spice garden on the main island of Mahe in honour of the French king. A French naturalist, Poivre had the task of setting up the garden that later became Le Jardin du Roi, or "Garden of the King’ in English, at Anse Royale, a district in the south of Mahe.

Cloves, nutmegs and most importantly cinnamon grew in that garden until it was destroyed in May 1780. Nature intervened luckily and propagated the cinnamon seeds over the hills of Mahe and as a result, cinnamon trees grow in pure abundance in the mountains today.

The bust of Poivre was placed in the grounds of the Supreme House in the capital in October to commemorate the 200th anniversary of the introduction of cinnamon to Seychelles. Poivre found it especially suited to create the garden as the island was being used as a transit point for the spice and slave trade route. Poivre was also a great conservationist who put in place laws to ensure sustainable use of wood which was used for boat repair and tortoises killed for their meat.

A landmark dating back to the colonial era, the clock tower was erected in memory of Queen Victoria, who died in 1901. It is made of cast iron by Gillet & Johnson, a clockmaker and bell foundry based in Croydon, England. Although the face of Victoria has changed over time, this monument has remained untouched.

The history museum of Seychelles, an archipelago in the western Indian Ocean, was opened in 1965. In 1990 it moved to the ex-Court of Appeal building which is currently the Mayor’s Office. When it closed almost a year ago it was located at the national cultural centre at the National Library building. Its entrance is flanked by a replica of a toothy crocodile and dugongs.