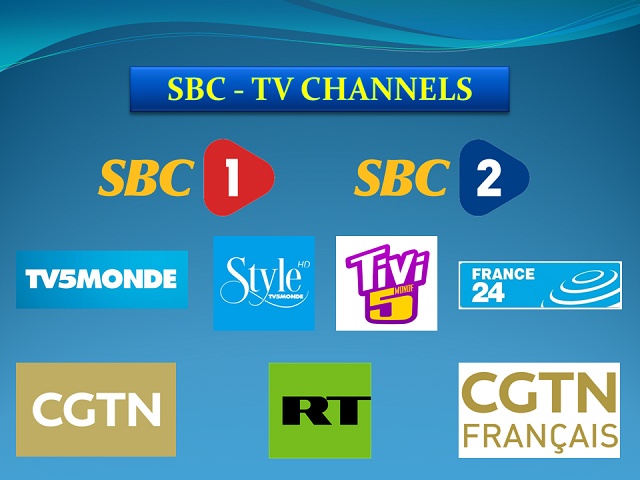 Television viewers of the Seychelles Broadcasting Corporation (SBC) can now enjoy more channels with a higher quality image and sound after SBC switched over to Digital Terrestrial Television (DTT) on Thursday.

The official switch-over from analogue to digital was done in a special ceremony held at SBC’s main office at Hermitage, in the central district of Mont Fleuri.

Viewers can now watch seven channels and listen to the corporation’s two radio stations -- Radyo Sesel and Paradise FM -- from their television.

While all television channels at the switchover are free of charge, SBC will be providing additional paid-subscription channels soon after.

As is presently the case, those watching SBC via subscribed cable TV providers will still be able to do so.

At the ceremony for the official switchover, the chairman of the SBC board, Gerard Lafortune, said that this is a new era of broadcasting in Seychelles.

“DTT has over the past year or so been a popular word. Expectations from the public to receive this as a service have similarly increased over the months. There have been many technical and financial challenges along the way. These will continue to present themselves, but I am confident in the ability of SBC,” added Lafortune.

The chief executive of SBC, Bérard Duprès, said that despite the challenges faced the upgrade is a milestone for the corporation.

“It is important to continuously look ahead in the future for new inventions so that Seychelles becomes the leading country In Africa in terms of coming up with TV innovation,” said Duprès.

SBC’s intention to migrate into the multi-media platforms is to better serve its public broadcaster mandate to a changing, sophisticated and demanding audience, Dupres said in an interview when the Digital Terrestrial Television was first rolled out in December.

A member of the SBC board, Marion Gendron, who was present at the ceremony, said that the quality of pictures and sound are extraordinary.

She said, “The main challenges for them now is to find more local content to air on the channels and SBC with all the staff should be able to do so.”

The plan to move to digital came after the 2006 International Telecommunication Union (ITU) Regional Radio-communications Conference. The ITU had called on countries to switch over to allow the radio frequency spectrum to be freed up for mobile broadband services.

A report by the International Telecommunication Union in 2016 states that 66 countries around the world have completed digital migration, 66 were on-going, 61 unknown and 14 had not started. Seychelles, an archipelago in the western Indian Ocean, is in the ‘on-going’ category.