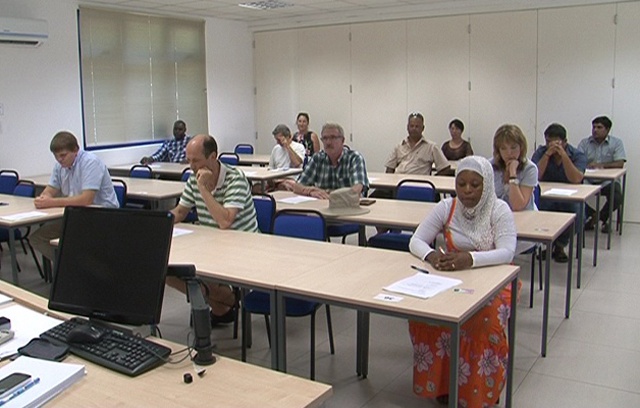 (Seychelles News Agency) - A group of applicants aspiring to be citizens of the Seychelles islands in the Indian Ocean have completed exams on the islands’ culture, history, constitution and politics, in the first such exercise in the islands.

By the end of this week the Citizenship Eligibility Committee will have the results of the first examination papers sat by the first group of 21 applicants as part of new measures introduced following the amendment of the Seychelles’ Citizenship Act in November last year.

The five-member committee was appointed for a three year period to assess the suitability of, and appropriately recommend non-Seychellois applicants who want to become Seychelles citizens, and the committee also prepared the exam papers.

The candidates first had to fulfil the eligibility criteria to apply for citizenship, which includes 10 years of residency in the islands, or being married to a Seychellois for more than 10 years, while there are also special criteria for investors, students and persons who possess extraordinary abilities.

The 21 candidates should score above 80 percent in order to move to the next step as they seek to obtain Seychelles citizenship.

According to a news report aired by the national television, the Seychelles Broadcasting Corporation (SBC), last night they all had two hours to sit for the exam paper which was available in all three national languages of the Seychelles, English, French and Creole depending on which language each particular candidate felt more at ease.

“We had a pool of 100 questions that were developed and following that everyone eligible to apply for citizenship, meaning they met the criteria for example married for 10 years and residing in Seychelles for not less than 5 years (….) They were given the 100 questions and over a one month period they studied and searched for the answers (…) for the exam they had to answer 20 questions and all questions were in the multiple choice format,” said Charles Bastienne, who chairs the Citizenship Eligibility Committee, in the SBC report.

For those who score 80 percent or more they will now move on to the next stage which will include being interviewed by the Citizenship Eligibility Committee, who will also consult other documents that the applicants have been asked to provide before the committee can make recommendations accordingly.

“We are not accepting any application for citizenship if the applicant do not sit and pass the exam. As part of the documents they handover to the immigration office they need to have attached their exam certificate which certifies that they have passed,” added Bastienne.

The SBC report stated that though the exam duration was two hours all 21 candidates had completed their test in less than 30 minutes.

Three of them who were interviewed have been married to a Seychellois national for more than 15 years including one that has been married for 41 years.

They all indicated that they had thought the exam would be more difficult but had found it easy.

“The exam was supposed to be done in 2 hours and everyone was finished before 5 minutes” said one.

“The exam is ok and it makes you know more about Seychelles,” said another.

Responding to the reactions, Bastienne told SNA that “whether it was easy or not we will know before the end of this week when we have the results.”

“That was the first exam, the committee may decide from time to time as we have other exams to change the questions in the pool that is provided to applicants for research, to make it more dynamic,” noted Bastienne.

Those who do not score the required 80 percent to pass the examination will be eligible to resit.

Bastienne has told SNA that initially the examination will be scheduled on a monthly basis but in the future it will have to be on a demand basis depending on the interest regarding the request for Seychelles citizenship.

Seychelles Broadcasting Corp.'s new HQ to be completed in December 2022