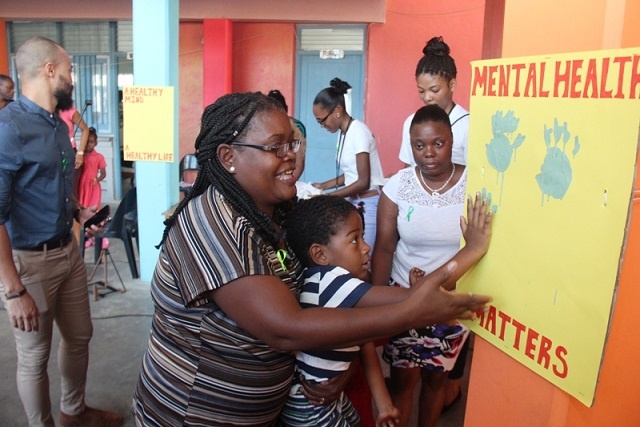 Mentally ill patients will now have more rights under the new law and be more actively involved in their treatment in the revised Mental Health Act. (Seychelles Nation)

(Seychelles News Agency) - Mentally ill patients in Seychelles will now have a say on how they are treated and can appeal against decisions they do not approve in a court being set up for them, the health minister has said.

Jean-Paul Adam said this week that a revised Mental Health Act is set to replace an older version criticised for being outdated and oppressive.

“Mentally ill patients will now have more rights under the new law and be more actively involved in their treatment,” Adam told reporters on Wednesday.

Experts and consultants from the Commonwealth had argued the current law does not conform to the United Nations Convention for the Protection of Rights of People with Disabilities, which Seychelles has ratified.

“It is assumed that the rights of mentally disabled people are guaranteed by the Constitution of the Republic of Seychelles, but they are not,” an expert in a panel that reviewed the old law said.

“Mentally disabled people are often held against their will, tied to their beds, handcuffed and given other inhuman treatments. And sadly, those practices have become part of our culture as a society, in general, has been made to accept them as a way of ‘controlling’ persons suffering from mental impairment,” the expert had said.

The revised Act is expected to be presented to the island nation’s National Assembly -- the legislative body -- for debate and approval. No timetable has been announced.

Adam agreed that the current law is flawed and does not necessarily protect the rights of persons with mental illness “but rather addresses the protection of the society from them.”

“The new mental health law will recognise the fundamental rights of the patients to take part in their treatment while also making provision for the medical professional to take on certain decisions when the patient is unfit to do so,” he said.

“The basis of this law is to put the right of our citizens suffering from mental illness at the centre of all the provisions and that means that -- like every patient in the public health system -- they will also be involved one way or another in their own treatment," added the minister.

Health » Be a reporter: Write and send your article » Subscribe for news alert
Tags: Mental Health Act, United Nations Convention for the Protection of Rights of People with Disabilities, National Assembly