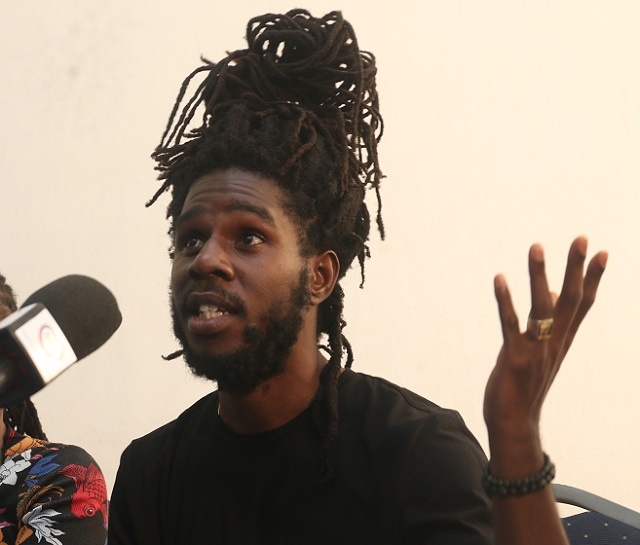 (Seychelles News Agency) - Fans of reggae music in Seychelles can look forward to Saturday evening when Jamaican artist Chronixx takes the stage at the Mini Stadium in the capital, Victoria.

In a press conference on Thursday, Chronixx said, “This is the first time you’re gonna see Chronixx live, come down and feel a new generation of reggae music and we will party together.”

Tickets are on sale for the show at SCR250 ($18.4) and will also be sold at the gate on Saturday evening.

Chronixx is promising fans a musical journey and in his message, he says, “Reggae lovers who are coming down for the show, there will be a lot of excitement but most importantly you need to listen to the message as reggae music is news.”

The positive message in the songs of Chronixx is one of the reasons why Seychellois promoter Wilson Nancy decide to bring the Jamaican artist to Seychelles.

The initiative to bring Chronixx to Seychelles was taken by a local promoter, Wilson Nancy, who said that he wanted to bring entertainment to the country.

“His music brings about positive messages and I wanted the youth here to be guided by this positivity since they listen to music a lot,” said Nancy.

He added that “since Chronixx has established a fan base in Seychelles (and) it will be very expensive to travel to Jamaica to watch the singer perform, therefore, I wanted to bring this entertainment closer to the Seychellois.”

The 25-year-old will be performing in Seychelles, a group of 115 islands in the western Indian Ocean, with his group Zincfence Redemption. The group was set up by Chronixx and Ricardo 'Shaydz' Lynch in 2010.

He will be performing hit songs like ‘Here comes trouble’ on his album Dread and Terrible which came out in 2014 and topped the Billboard Top Reggae Albums charts.

The same year, Chronixx made another hit with the song ‘Smile Jamaica’ which is on his latest album Chronology -- winning the Best Song award at the International Reggae and World Music Awards.

As to what has inspired him to go into music, Chronixx said that reggae music has been the backdrop of his life and has been inspired by the natural environment.

“As a musician, there have been high and low points and times when I wanted to give up, but music is me, and giving up means giving up my life,” he said.

For the young generation and the Jamaican artist advises that “music is a volatile world and whatever is being thrown in the professional space, always makes sure that it is perfect. Take time to hone the art and listen to the message.”