Olympic-sized riddle: How many medals can Seychelles win in Mauritius in 2019? 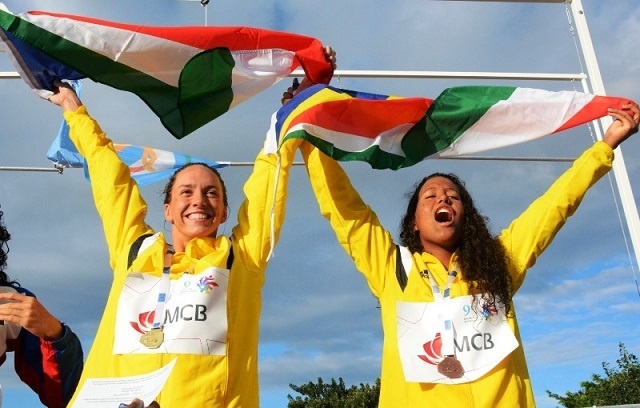 (Seychelles News Agency) - With only a year to go before the 10th edition of the Indian Ocean Island Games in Mauritius in 2019, the local organising committee is concerned that not all sports federations have handed in their final preparation plans.

‘This is the final year of preparation and all federations with athletes participating in the games should have handed in their preparation plan,” said Terence Barbe, the committee’s chairperson.

Barbe said that the committee should know by now what final preparations are being done.

“These are straightforward information on their plans, their programmes, their preselection and prognostic for winning medals. While most federations have given theirs, some have not. This is crucial because we have to look at funding for training camps especially for athletes going abroad,” said Barbe.

He added that the information is important because it will give the committee an idea of the potential for winning medals as disbursement of funds will take that into consideration.

At the last Games in Reunion, a French Department in the region, in 2015, Seychelles won 96 medals compared to 118 on home soil in 2011. This included 25 gold medals with the majority coming from weightlifting athletes. Three weightlifters -- Clementina Agricole, Janet Georges and Steven Baccus -- each won three gold medals.

The chairperson of the Seychelles Weightlifting Federation, Robert Rose, said they are aiming for the same feat next year.

“We have several competitions coming up as preparation for our athletes including the African championship in Mauritius. We will be able to measure where we are in the region,” Rose said.

The chairperson of the Weightlifting Federation said that although he is satisfied with the preparation of the athletes, he has concerns as to whether they will have enough female athletes for the Games.

“We don’t have many girls taking up the sports so making a selection with enough girls will be a challenge,” he said.

In terms of preparation for international events, Seychellois athletes who participate in high-level competitions receive financial assistance, said the president of the Seychelles Olympic and Commonwealth Games Association, Antonio Gopal.

The 10th edition of the Indian Ocean Island Games will take place in Mauritius in 2019 from July 19 to 28 and participating islands are Comoros, Madagascar, Maldives, Mauritius, Mayotte, Seychelles and Reunion.