Seychelles has the greatest passport-power in Africa 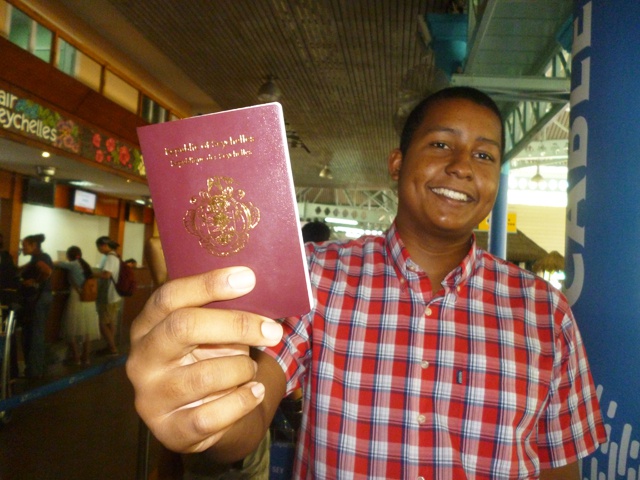 The Seychelles passport is the African passport with the best access to the world, sitting in 28th position worldwide (George Thande, TVT)

(Seychelles News Agency) - Seychellois passport holders can visit more countries in the world than Mauritius, South Africa, Kenya or Nigeria without the need to apply for a visa beforehand.

An infographic published by GOOD Magazine, which ranked countries according to the number of countries their passports can enter either without a visa, or with a visa on arrival, reveals that Seychelles passport holders have access to 126 countries, making it the African passport with the best access to the world, sitting in 28th position worldwide.

According to the infographic, passports from Finland, Sweden and the United Kingdom have the greatest access to foreign countries in the world, with all three able to visit 173 countries without first applying for a visa.

A visa grants official permission for a non-citizen to enter a country and remain there for a limited duration. Each country can attach its own conditions to their visas, such as duration of stay, the territory covered by the visa, dates of validity, whether the visa is valid for more than one visit, etc.

Historically, visas were originally granted by immigration officials on a traveller’s arrival at the borders of a country, but increasingly today a traveller wishing to enter another country must apply well in advance for a visa.

The stricter visa policies are due in part to immigrants from impoverished countries flocking to more economically developed countries in search of better opportunities, placing strain on many countries’ healthcare systems and other social services. However, many countries have bilateral agreements in place to waive visa requirements altogether for visitors intending to stay for brief periods of time.

The Seychelles Ministry of Foreign Affairs has revealed it places a priority on negotiating for bilateral visa waiver agreements when it engages in diplomatic relations with any state.

While the majority of these visa waivers are obtained for all Seychelles passport holders, there are at least 5 according to the Seychelles Ministry of Foreign Affairs website which are for diplomatic and official passport holders only.

Negotiations are ongoing with some of those countries to allow visa free entry for all passport types, including with the United Arab Emirates which the Seychelles government says it is currently finalizing negotiations on the matter.

Currently, only citizens holding Seychelles diplomatic and special passports can enter in the UAE without a visa as part of a visa waiver agreement which the Seychelles government signed in 2012.

Responding to daily newspaper ‘Today in Seychelles’ in an article published on Tuesday the Seychelles Minister of Foreign Affairs, Jean Paul Adam said Seychelles “looks forward to a positive outcome in the near future” adding that Seychelles is working with the UAE to arrive at a “satisfactory conclusion”  considering each country had different procedures in term of visa waivers.

The Seychelles Minister of Foreign Affairs, Jean-Paul Adam, has told SNA that the news is a reflection of the approach that the government of Seychelles has taken to enhance Seychelles’ connectivity with the rest of the world through proactive diplomacy.

“Unlike the vast majority of African States, Seychelles is insular in terms of its geography,” said Adam. “As such it is essential that a small island state like Seychelles prioritizes the need for unrestricted travel of its citizens as a means of diminishing an inherent isolation.”

“We remain conscious of the geopolitical relevance of visa free access to other countries which is also a good barometer of the country’s perceived standing in the rest of the world. Seychelles’ relations with other countries are founded on the basis of reciprocity and mutual understanding,” he added.

As far as the continents go, Europe, North America and Australasia have the biggest visa-free passport power, while Africans and Asians struggle to go anywhere without applying for costly visas beforehand.