5 superior athletes from Seychelles and the sports they excel at 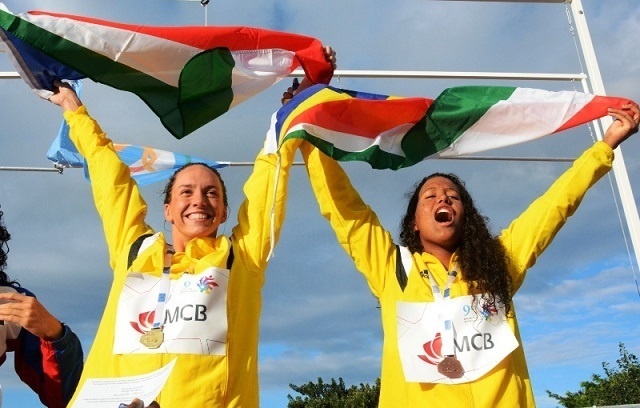 (Seychelles News Agency) - At this time next year, athletes from Seychelles together with those from other islands in the region will be competing in the 10th edition of the Indian Ocean Island Games in Mauritius.

Athletes from the island nation have been preparing for the games since the last one in 2015. The Seychellois contingent will include athletes on Olympic scholarships which allows them to train and participate in international events.

SNA looks at five athletes training at a higher level who will also be at the Games next year.

Labiche is a female high jump specialist training in the US. Labiche’s best performance so far -- 1.92 metres, which is also a national record -- was established in the South African Open Championship in May 2015.  At the last Games in Reunion, Labiche managed to clear the bar at 1.81 metres to clinch the event’s gold medal.

The 20-year-old who became the youngest Seychellois athlete at the Olympic Games in Brazil holds the national record in the men’s 400 metres hurdles at 50.74 seconds. He achieved that feat on August 15, 2016 during the Summer Olympics in Rio de Janeiro, Brazil. Azemia is currently training in the US with the Western Texas College.

The 20-year-old Sicobo, who was crowned Sportsman of the Year 2017 in January this year, has for the past two years been training at the International Amateur Athletics Federation (IAAF) High Performance Centre in Réduit, Mauritius.  Sicobo is Seychelles’ men’s 100m record holder at 10.33 seconds which he established at the ‘Jeux de la Francophonie’ in Abidjan, Ivory Coast, last year.

The 22-year-old has participated in several international competitions including the world championship in Budapest last year and the Grand Slam in Abu Dhabi in 2016.