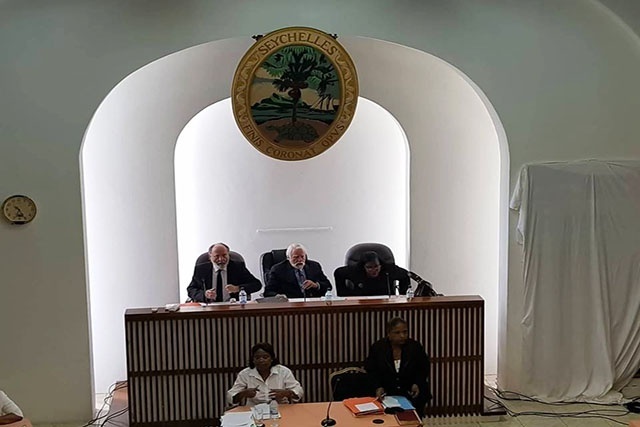 (Seychelles News Agency) - The tribunal set up to investigate complaints of misbehavior by the Chief Justice, Mathilda Twomey, concluded its hearing on Thursday after a four days of testimony.

The tribunal set up by the Constitutional Appointment Authority of Seychelles started its work on Monday and has heard evidence from a dozen witnesses, including Supreme Court Judge Durai Karunakaran.

Supreme Court Justice Durai Karunakaran was suspended in October 2016 following a decision by the Constitutional Appointments Authority to refer Judge Karunakaran to an investigative court for an investigation into his professional conduct.

Karunakaran was suspended from his duties until the end of the investigation, pursuant to article 134 (4) of the Constitution.

The conclusion of the commission – which finished its works ahead of its scheduled two weeks - will be announced in four to six weeks,

This tribunal was presided over by Australian Judge Michael Adams, who was assisted by two judges from South Africa and Nigeria.