Longevity running in the family in Seychelles, Marguerite Hoareau turns 104 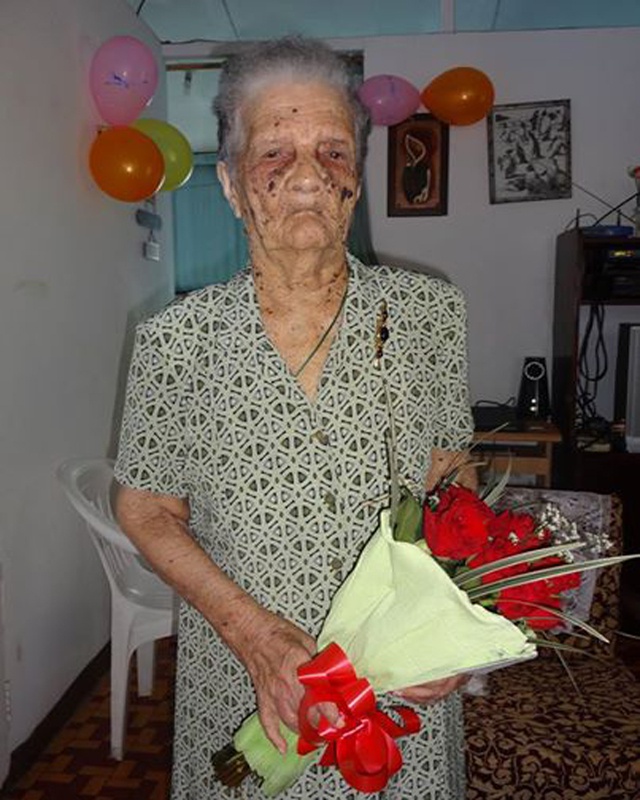 Marguerite Hoareau is the third in her family to become a centenarian, her mother lived to be 109 years old (Selwin Hoareau/Facebook)

(Seychelles News Agency) - It seems that longevity is becoming a trend in one Seychellois family up at Roche Bois on the outskirt of the Seychelles capital of Victoria.

Marguerite Hoareau born Amelie, who turned 104 years old yesterday, Thursday July 10, is the third in her family to achieve something not many people live to see, that is to become a centenarian.

One of her sister died not long after she celebrated her 100th birthday and Marguerite’s own mother died just about six months before turning 110 years old.

“She is still as strong as can be for her age…….over the past two years she has become a bit weaker, her sight and hearing are not that good and nowadays she mostly moves around within her room,” one of her grandson Selwin Hoareau told SNA adding that his grandmother can understand and respond to everything that goes on around her.

According to Selwin his grandmother growing up used to help her father to take care of the family’s cattle and later on she used to do a lot of sewing.

Marguerite, whose husband died more than 30 years ago, celebrated her 104th birthday yesterday surrounded by her family including her grandchildren and great-grandchildren.

She is amongst 9 centenarian women still alive in the Indian Ocean archipelago of around 90, 000 people after three others women passed away last month.

According to information provided to SNA by the Seychelles Ministry for Social Affairs, Community Development and Sports, the oldest of the 9 centenarians are Nancy Marie from English River and Mary Astova Pilate from Bel Air two central districts of Seychelles main island of Mahé.

Both Marie and Pilate are turning 105 years old this year.