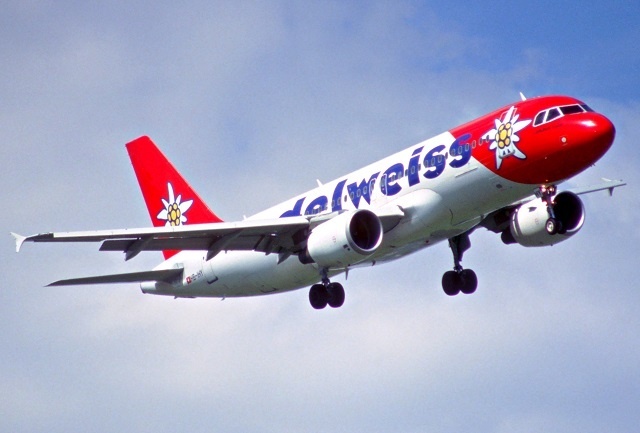 Edelweiss Air is expected to operate weekly flights as of September 23. (Seychelles Tourism Board)

Phillipe Brandt, the Ambassador for Switzerland to Seychelles, confirmed on Wednesday that “the airline is expected to operate weekly flights as of September 23.”

Brandt was speaking during the first Swiss national day celebrations held on the island nation, at La Plaine St Andre, Au Cap in the south-east of the main island of Mahe.

Brandt had previously made this announcement in February this year when he paid a courtesy call to President Danny Faure. “There is one development which is worth mentioning and that is the introduction of a direct flight from Zürich to Mahe as of September with the Swiss airline Edelweiss Air. This will be a good development for tourism in Seychelles,” Brandt had said.

Edelweiss Air signed a three-year marketing agreement with the Seychelles Tourism Board (STB), allowing it to start operating weekly ten-hour flights. The airline previously announced that it would make seasonal flights but has now confirmed year-round trips.

Seychelles has seen an increase in direct flights to the island nation by several international airlines in recent years, giving the small archipelago a boost to its tourism industry.

Edelweiss Air is a Swiss leisure airline wholly owned by Swiss International Air Lines and thus part of the Lufthansa Group. It operates flights to European and intercontinental destinations from its base at Zürich Airport.

Switzerland and Seychelles are two small states that share tourism as a main economic industry. Last year, 12,422 Swiss visitors came to Seychelles ranking the country as one of the top ten tourism markets for the island nation.

“It’s a very positive figure if we consider our country’s small size. Moreover, a number of the 120 Swiss citizens currently calling Seychelles their home are active in the tourism sector. In the near future, Swiss tourist arrivals will be further boosted by the opening of a direct air connection between Zürich and Mahe Island,” said Brandt.

Ambassador Brandt also expressed his desire for more Seychellois to travel to Switzerland.

The agreement between Edelweiss Air and STB also includes the promotion of the airline on all the board’s digital platforms, including social media and on its website.

“I am very happy that Edelweiss Air considered the year-round operation as it means our relationship with them will be strengthened and their commitment to developing the Swiss market would be even greater. The Swiss and German-speaking territories still have a lot of potentials and the year-round flight will help to unlock these untapped potentials,” said Sherin Francis, Chief Executive of the Seychelles Tourism Board.

Ambassador Brandt also spoke of the opportunity for Seychellois to study in Switzerland with scholarship that has been made available. Brandt said that this will reinforce the educational ties the two countries have namely in the medical field with the Lausanne University as well as exchanges with the University of Seychelles.

“I would like to draw your attention to the Swiss Confederation Excellence Scholarships offered for post-graduate and research studies. It is currently open and I wish to warmly encourage Seychellois candidates to apply,” Brandt added.

These new and positive endeavours are being described by both Switzerland and Seychelles -- a group of 115 islands in the western Indian Ocean -- as ways of strengthening the relationship between the two nations.