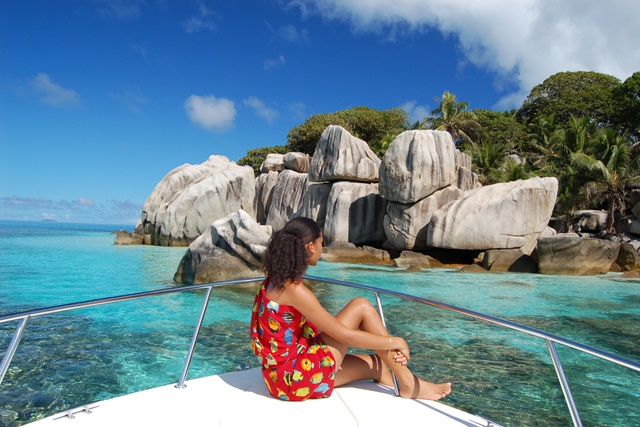 (Seychelles News Agency) - With tourism being the first pillar of the Seychelles economy, partners in the trade are coming together to find ways to improve on the products and services offered to visitors who fly thousands of kilometres at times to the islands which boast beautiful white beaches in lush tropical vegetation.

Following calls from the tourism trade for a more concerted effort to discuss matters of concern that should not only be addressed by the tourism sector, the first of a series of cross-sectorial meetings opened this morning at the National House in the capital of Victoria.

The high level meeting, chaired by the Seychelles Vice-President Danny Faure, was attended by representatives of most government ministries and agencies as well as all sectors of the tourism industry including the different tourism related businesses.

Many issues featured on the agenda amongst which some have been discussed while others will be brought forward to future meetings.

The health and safety of visitors to the archipelago, entrance fees to marine parks and other key landmarks of Seychelles were amongst those that were touched on during discussions that was closed to the media.

Opening the meeting before the discussions kicked off, Faure said it is not about" making nice speeches, but getting things done and making it happen."

He said tourism, the islands' main economic pillar, contributing 27 percent of its Gross National Product (GDP) deserves a collective effort to find solutions to problems faced by the industry.

Echoing a call by Faure for more frequent such dialogues, the Seychelles Tourism and Culture Minister, Alain St Ange, said that in order to face the challenges facing the industry, such gatherings must be held rather frequently.

He suggested a follow-up meeting in six weeks’ time, after which it will be held quarterly.

One of the representatives of the tourism trade who responded to SNA with regards to their views on today’s meeting, Guillaume Albert, the General Manager of Creole Travel Services Group of companies said it was a positive step adding that “everybody contributed, nobody was being cautious…it seems everybody was there to solve problems.”

“Some very good proposals were made but no resolutions were taken (…) it was just the start of a conversation (…) there were many issues on the agenda, not everything could be discussed some of them will have to be brought forward to future meetings,” said Albert who is also a member of the newly appointed board of the Seychelles Hospitality and Tourism Association, SHTA.

According to a document of points to be covered at the meeting, some of the other points that featured on the agenda that will be discussed more in depth later include concerns that the islands are perceived as “expensive when compared to our competitors”, over pricing of services to tourists- such as the rates for inter-island connections, both by air and ferry as well as excessive taxi fares amongst others.

Speaking to SNA this afternoon, the Seychelles Tourism Minister said “the government is determined to address all the challenges facing the tourism industry.”

“We have brought together all partners who are directly involved and we have agreed to meet again next month to take more concrete steps,” added St Ange.

Last year saw a record number of 230,272 tourists visiting Seychelles in 2013 compared to 208,034 in 2012 but a drop in tourism arrivals in the first half of this year has raised some concerns.

Tourism arrivals since the beginning of the year stood at 110,870 visitors for the first half of this year, which was 1 percent below the 2013 level, according to latest statistics available from the National Bureau of Statistics, NBS.

Mid-way in 2014, the number of tourists from Europe which is the islands’ main tourism market was 6 percent down compared to the corresponding period in 2013.

Reflecting on the state of the country’s tourism arrival figures, in a press statement issued recently the Seychelles Tourism Board attributed the drop from the core markets to a lack of direct flights from the destination.

STB has predicted that the return of the national airline, Air Seychelles, to Paris will bring about “a positive trend in tourism arrivals from the European market for the coming three months.”

Today’s meeting comes just a few days before, STB will be meeting with its partners in its mid-year marketing meeting to discuss challenges facing the industry more at length and to seek ways of re-positioning Seychelles in its core markets.

Despite the slight decrease in visitor arrivals from the traditional markets this year has seen quite a boom in arrival from the Asian market compared to previous years as a result of marketing efforts by the tourism authorities in a bid to diversify the island’s tourism markets to minimize the impact when one particular market suffers.

China for example is currently amongst the top 6 leading markets according to figures released by the NBS this week with 7,323 tourists having disembarked at the island’s International airport for the first six months of the year.