More than 50 monuments in Seychelles are protected under new act 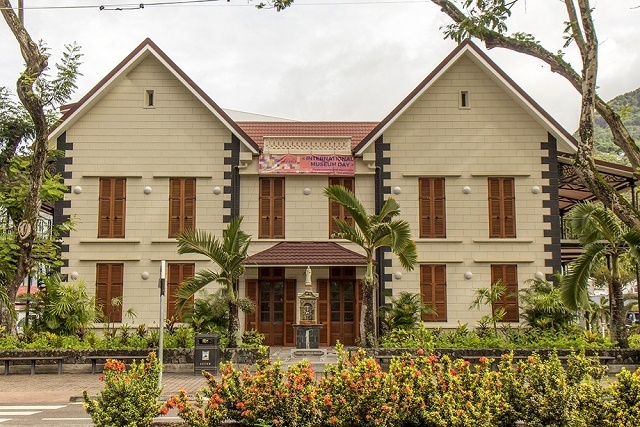 (Seychelles News Agency) - Newly approved proposals to the National Monuments Act of Seychelles will make provisions for the respective board to be responsible for the building of new monuments, said an official of the department of culture.

Cecile Kalebi, the principal secretary, made these statements to SNA following the approval of the proposed amendments to the Monuments Act 2013 by the Cabinet of Ministers recently. The amendments will be submitted to the National Assembly for approval.

“These amendments will ensure added protection for current monuments, ensure that new developments retain traditional architectural features and develop new projects for the preservation of monuments by looking at its commercial use,” said Kalebi.

There are over 50 monuments in Seychelles -- a 115-island archipelago in the western Indian Ocean -- in categories ranging from sites, buildings and houses, and objects.

The new law, once in force, will also allow the board to oversee and have an input in new large-scale development within the public domain.

Aimed at modernising the current act, the amendments also make provision for people who would like to erect a new monument. To do so the person must provide detailed information for the raison d’etre of the monument, it’s relevance to Seychelles’ history and/or culture and provides means for its upkeep.

Kalebi said that the proposed amendments also “make provisions for the establishment of guidelines for the commercial use of any nationally declared monuments.”

She said it is costly to maintain those monuments and as such, sites can be turned into cultural tourism sites.

“Buildings can be converted for commercial use, provided that the structure and surrounding are not defaced and permission is sought from the National Monuments Board for any changes,” said Kalebi.

Examples of such monuments include Kenwyn House and the ex-magistrate court building. Kenwyn House, exemplary of the French colonial architectural style, just underwent renovation and is soon to house a new art gallery.

While the ex-magistrate court building, recently renovated, will now house the history museum.

The chairman of the National Monuments Board, David Changty-Young, said that  turning the old courthouse into a museum “will add more value to our culture and heritage.”

“It has been here for a long time and has severed the country for many long years having served in various functions. It was a bank, used to house a government office - and most recently it there has been an extensive renovation carried out on it which has given it its original value,” he said.

Talking about cultural tourism, Kalebi said, “It will give tourists things to see and learn about our culture and all of these proposed amendments will help the monument’s board to implement these new projects.”

She added that this has to be done in collaboration with the tourist department and Seychelles Tourism Board to see what is the best way to valorise these monuments.

The amendments have also taken into account sub-aquatic objects and UNESCO’s convention on the illicit trafficking of cultural heritage.