5 things about Seychelles’ Fregate island that visitors must know! 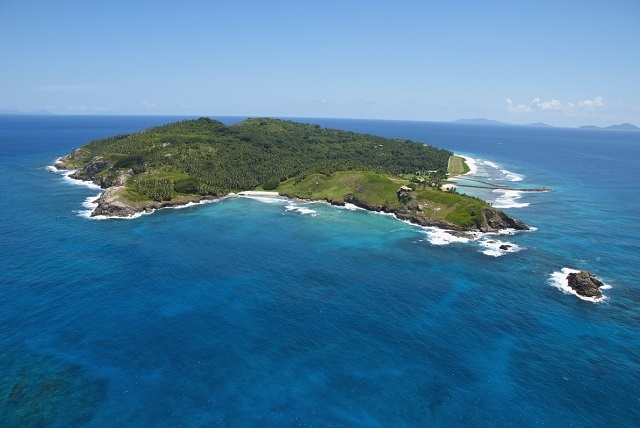 (Seychelles News Agency) - Fregate Island is the 7th inner island of Seychelles -- an archipelago in the western Indian Ocean. It is the easternmost of the granitic Inner Islands, 55 km east of the main island of Mahe. Discovered by French explorer Lazare Picault in 1744, the island was named after the fregate birds found on the island.

Over 250 years later, Fregate is truly a unique island experience, exotic, exclusive and isolated! Accessible by sea and air – the island is an example of both luxury and conservation at its best. This week SNA presents five things about Seychelles’ Fregate Island that visitors must know!

With a history dominated by the plantation era, the island’s native forest was cleared in favour of sugarcane, coconut, vanilla, and cinnamon. Fregate Island now boasts a healthy forest after an intensive conservation and environmental programme to restore habitat and protect rare species. Over 10,000 indigenous trees including the mighty Takamaka tree -- a national icon --  as well as the Indian Mulberry, were replanted.

White powdery beaches, the best in the world

Fregate Island has seven beaches renowned for their white powdery beaches fringed by pristine turquoise waters. One beach, Anse Victorin, was voted "The World's Best Beach" by The Times. These beaches are some of the only ones in the world where sea turtles nest during the day.

Walking around into the tropical forest of Grand Anse on Fregate Island with its thick vegetation, one may encounter with a Seychelles house snake or a Seychelles wolf snake. Both snakes are timid by nature and non-venomous. The giant millipedes, which can grow up to 30 cm long, can be also found on the island.  A large population of the millipedes can be found on the islands. Other small animals thriving on the island include different species of lizards.

Hundreds of thousands of birds find sanctuary on Fregate Island, altogether over 100 species, with thirteen species taking up permanent residence here. Every day at dusk, large flocks of the beautiful Fairy Terns and Noddies can be seen gliding across the island as they return from their fishing expeditions. But conservationists feel that their work will never feel complete until the fregate bird returns to the islands.

And what better way for one to get to enjoy and appreciate the island’s pristine environment and its flora and fauna than booking a stay at the Fregate Island Private lodge. The recently renovated 16 villas with thatched roofs, spacious and luxurious, seem hidden away on the island’s shores—some nestled in the trees, others tucked in among granite cliffs. A modernisation programme in 2014 improved its sustainability infrastructure with a water bottling plant and state of the art energy generators. Frégate Island has adopted a 'rat-free' policy that requires yachts to be certified rat-free before they can dock in the marina, in an effort to keep out foreign predators. Earlier this year Fregate Island Private was voted among seven of the world’s most luxurious honeymoon destinations. The ranking has been made by Australia's largest global online travel website, FlightNetwork.