Seychellois living in Australia balancing both modelling and aviation careers 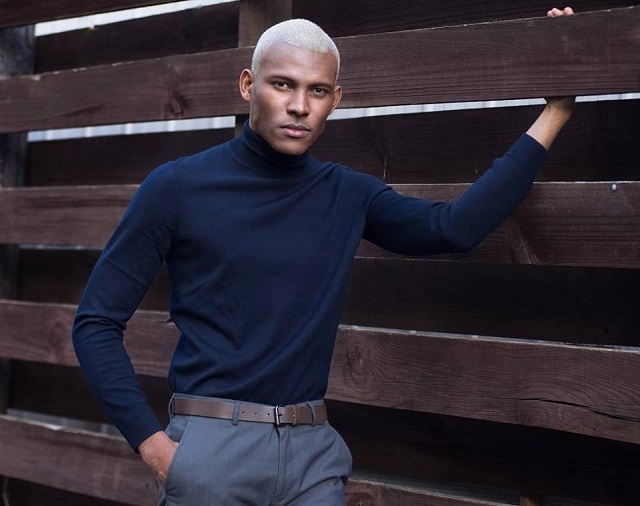 Kissubi holds both a private and commercial pilot license and does part-time modelling as well. (Kajal Krishna)

(Seychelles News Agency) - A young Seychellois residing in Australia landed an unexpected job -- modelling -- while living his childhood dream of being a pilot.

Jeffery Kissubi holds both a private and commercial pilot license and does part-time modelling as well. His modelling career kicked off randomly and has given him the chance to work with brands such as Puma, TAG and Heuer.

In an interview with SNA over Messenger, the 26-year-old said he always wanted to become a pilot. He recalls “playing outside with little mangoes pretending it was a plane, even making paper planes and imagine flying a real one.”

The road to his aviation dream job and modelling was however not one paved with gold.

As post-secondary and university studies were not related to his dream, Kissubi dropped out of the University of Seychelles and went to work.

“I got a job with Air Seychelles in 2011 as a flight dispatcher. This being my first job, I was so excited -- I was turning 19 at the time and had taken my first step in pursuing my dream in aviation,” said Kissubi, whose mother is Seychellois and father Kenyan.

That excitement didn’t last long as he was soon made redundant but got another job at Seychelles Civil Aviation Authority (SCAA) as an Air Traffic Control Assistant in 2012. Although that was still on the aviation road, Kissubi said didn’t stay long and decided rather to further his studies in Australia.

“In one month, I left my job, friends and family on a journey that changed my life,” said Kissubi.

He described studying and working in a foreign country as a struggle but he found a way through the sleepless nights, homesickness and the feeling of giving up to graduate with an Associate Degree in Business. After a working for a year, Kissubi said he saved enough money to enrol in one of Australia’s top flight schools.

Around the same time, an unexpected opportunity came while walking to meet a friend for lunch. Kissubi was stopped in the street by a total stranger who wanted to take a photograph of him.

“I agreed but thought it was just some crazy girl. We then exchanged contacts and she gave me her name and said she would later contact me,” said Kissubi.

To his surprise, he later found out that the lady was a celebrity stylist and make-up artist who has worked with brands such as Vogue, Chanel and Bazaar.

“She discovered me on the streets of Melbourne and changed my life. Many doors are now open to me due to this,” he explained.

Kissubi said that though he enjoys watching reality shows like ‘America’s Next Top Model’ he never saw himself as a model.

“Before that moment, I didn’t have an interest in pursuing a career in modelling as I feel that in Seychelles, it’s something that had no relevant value in the society. Plus, I have a very reserved personality and low confidence due to the fact that I grew up around a lot of bullies,” he said.

After that encounter and his first test shot, Kissubi started landing gigs. He managed to do shot campaigns for Puma, TAG and Heuer and has worked with fashion photographers who have photographed for Dior, Chanel, Elle magazine just to name a few.

“There are more downs than up in a modelling career it being a very competitive industry. The major jobs are detailed and require casting, inviting you to audition to see your fresh face with no makeup before they select you,” said the young man.

Most recently he was chosen out of 26 male models to be the face of Melbourne Cup, a horse racing event. Kissubi said that shooting for the event, which will be broadcast worldwide, “is going to open new doors for my modelling career and give me international exposure.”

Talking about balancing his dream job and modelling, he said that both career paths are demanding but he will never place himself in a situation where he will have to choose between one or the other.

He advises people to never give up on their dreams and aspirations and that “we should make the most of life and its opportunities as you only live once and if you do it right, once is enough,” said Kissubi.

“Never turn down good opportunities. At one point or another in our life, we have all made bad decisions but that should not define us. Always remember that one can achieve greatness if you believe in your own dreams as much as other people believes in you. Remember a road paved by hardships is never easy, success involves hard work and patience,” he added.

The modelling pilot will soon be leaving for Europe after being signed to work with a modelling agency in the UK. Having his commercial and private pilot license, he is now working to obtain a flying endorsement so that he can start working commercially.