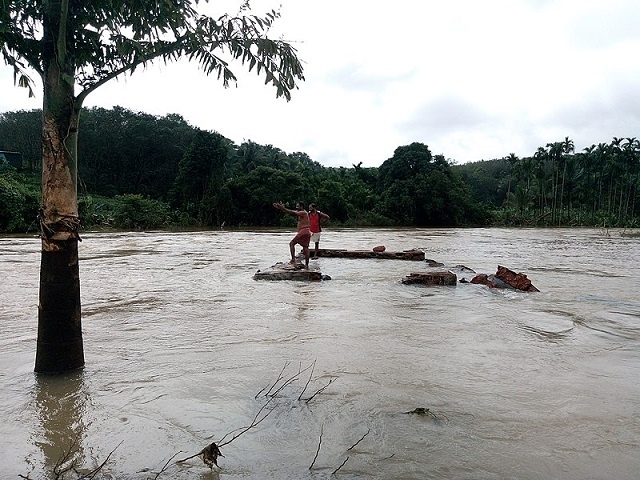 (Seychelles News Agency) - A business in Seychelles has started a campaign to raise funds for people who have been affected by floods that triggered landslides through villages in the Indian state of Kerala.

The initiative undertaken by Cash Plus money exchange aims to donate $2 (INR 100) to Kerala Relief Funds on every bank transfer that is sent to India until August 27.

“This is to show our support to our brothers and sisters that are in need in this point of time. Although we are far away from the problem, we also are never safe from a disaster and we would want others to do the same humanitarian gesture,” said Subhash Singireddy, the business development manager of Cash Plus.

According to BBC News, “At least 324 people have been killed in flooding in the southern Indian state of Kerala in what local officials say is the worst flooding in 100 years.”

BBC News added that “The Kerala government said many of those who died had been crushed under debris caused by landslides. With more rains predicted and a red alert in place, Kerala's main airport is expected to remain shut until 26 August.”

Singireddy said that they have never done this type of donation on this level before, but every single help counts.

“The money that will be donated will help India in many ways as homes and roads access has been badly destroyed. Basically, it is all about starting all over again. As part of our philanthropy programme, we will keep on organising the donation of this kind in the future for the needy. Today it’s them, tomorrow it might be us,” said Singireddy.

Following the incident which occurred last Friday, the President of Seychelles, Danny Faure, had sent a message of sympathy to the Indian Prime Minister Narendra Modi, and the families who have been affected by the disastrous flooding in the state of Kerela.

In his message, Faure said, “India has always been a resilient country and in the face of tremendous adversity has demonstrated her will to rise again.”

President Faure had reaffirmed that he stands with the Indian community in Seychelles and with the Indian people abroad, and noted that through adversity, the people of India have Seychelles’ support and friendship.

General » Be a reporter: Write and send your article » Subscribe for news alert
Tags: Cash Plus money exchange, Indian state of Kerala