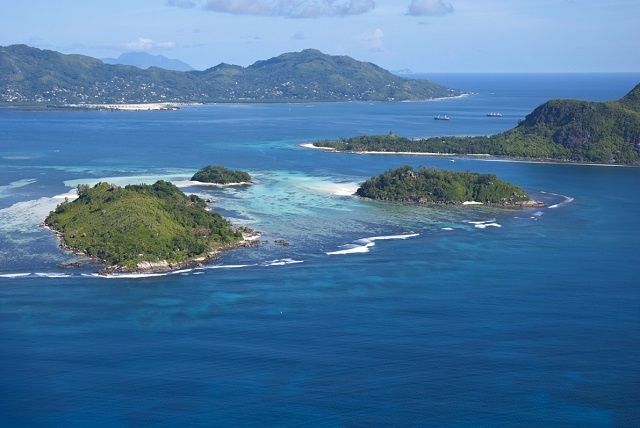 The vessel went aground on a reef on Friday night in the vicinity of Long and Cerf Island. (Gerard Larose, Seychelles Tourism Board)

Authorities in Seychelles on Monday afternoon were putting together a plan to remove a foreign fishing vessel that went aground on a reef.

The director general of the Seychelles Maritime Safety Administration (SMSA), Joachim Valmont, told SNA on Monday that authorities have been given the go-ahead from the owner of the vessel to carry out the operation. He added that it will be a challenge to remove the vessel that at the moment sits on the reef.

“We made sure to discuss the situation and get the approval of the vessel’s owner. There is the possibility that during our operation the vessel is further damaged, and it can even sink when placed in deeper waters,” said Valmont.

The Kenyan-flagged vessel, Diamond Ace Number 1, went aground on a reef on Friday night in the vicinity of Long and Cerf Island. According to Valmont, the vessel was coming to Port Victoria to refuel as “it was running low on gas oil.” Its original destination was Mombasa, Kenya.

Valmont did not comment on whether or not the vessel was allowed to take this route to enter Port Victoria.

The general director said that the captain of the vessel has confirmed that all seven members of the crew are safe. The vessel, however, was taking in water within the accommodation area, a situation that has been described as under control. No damage has been reported when it comes to the engine.

There have been two attempts to carry out a rescue operation during the weekend.

“The prevailing weather condition prevents us from carrying out the operation properly as the sea is rough and choppy,” said Valmont.

The operation on Saturday afternoon claimed the life of a Seychellois captain, Pierre Grandcourt, who, according to the police, fell into the water after a series of waves hit the vessel he was onboard.

Grandcourt has been described as a great seafarer with vast experience. He took part in the operation to raise the capsized ‘La Bell Praslinoise’ and ‘Praslin Hero’, belonging to his brother, Luc Grandcourt.

Following the incident, President Danny Faure sent his deepest condolences to the family and friends of Grandcourt.