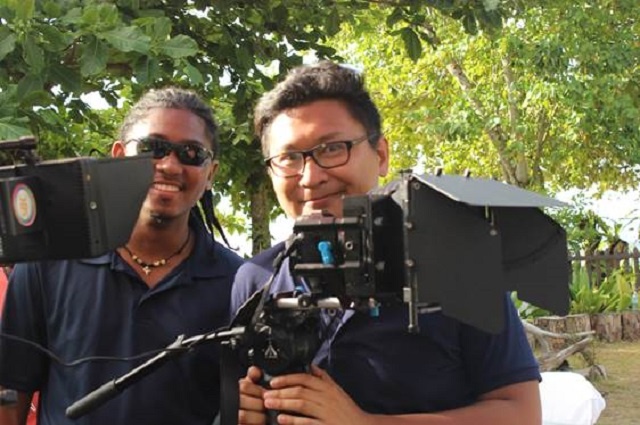 Sponsored by l’Association Seychelloise pour la Jeunesse et l’Animation, the regional film competition aims at training young people to find and invent more progressive, safe and socio-centric ways of life through cinematography. The competition is held at the secondary and post-secondary level.

Students participating in the competition will have to put together a 5- to 15-minute fiction, documentary or animation film revolving around education. Students can choose any subject that they feel strongly about.

Seychellois participants presented their work on August 10 at the University of Seychelles. The panel of the jury had to choose the winner and two runners-up of the two categories from a total of 12 films. Subjects of the films varied from domestic abuse to lack of environmental awareness.

Topping the secondary category was Belonie school with a film titled ‘Bullying’. The main actor in the film, Sean Joubert, said that he and his team chose this theme as many people from different walks of life are affected by bullies.

“Those being bullied need to have a voice and speak out to stop bullying,” he said.

‘My choice, my future’ is the title of the film that placed the Seychelles Institute of Agriculture and Horticulture first in the post-secondary category. The film focused on the importance of agriculture-related jobs. “I would like to pass on a message to encourage people to follow their choices regardless what people say,” said Micaella Adrienne, the main actor.

All six winning films will be taken to the regional level in which India, Mauritius, Reunion, Mayotte and Comoros will be competing against Seychelles.

To learn more about film production, participants from Seychelles attended initiation workshops in March and April. They were taught the fundamental of scriptwriting, camera operation and other technical aspects of film-making.

The vice president of the L’Association Seychelloise pour la Jeunesse et L’Animation, Mohamed Kante, said they encountered some difficulties to get cameramen for filming and help for the students to write their scripts. He said that with determination they managed to do it.

A total of six films from Seychelles -- a 115-island archipelago in the western Indian Ocean -- will be presented during the regional festival.

As of next year, the film festival will be organised by the National Youth Council and will be done during the local youth festival.