5 species on Seychelles’ Fregate Island that visitors can discover 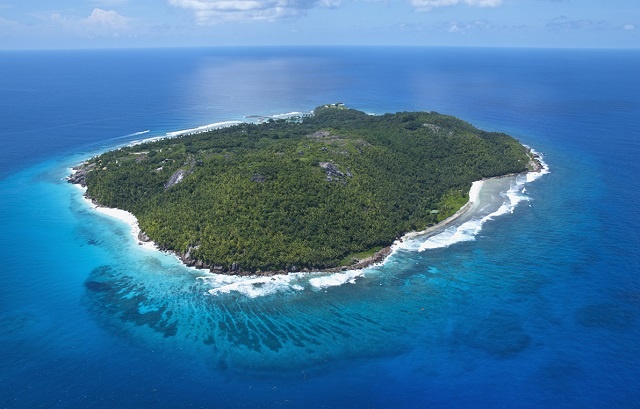 (Seychelles News Agency) - Fregate Island is the easternmost of the Seychelles granitic Inner Islands, located 55 km east of the main island of Mahé.

Accessible by sea and air – the island is an example of both luxury and conservation at its best.

This week SNA presents 5 species visitors can discover on Fregate

The beaches of Fregate Island are a nesting habitat for two species of sea turtle: the critically endangered Hawksbill Turtle and the endangered Green Turtle. The most popular beach is Grande Anse, where females come to find a safe spot for the eggs, which take approximately 60 days to hatch. Each nesting season – from October to January - females lay two to four clutches of up to 200 eggs. To give them the best possible chance of survival, the island's team of ecologists patrol the beaches during the breeding season, moving any nests in danger of being swept away by the sea, and giving each a GPS location and tag with expected due-date.

A second home for the Aldabra Giant land tortoises

More than 2,000 Aldabra Giant Tortoises live on Frégate Island. With the establishment of a nursery for Aldabra giant tortoises, Fregate’s resident ecologists and conservationists have successfully increased their population from 150 to more than 2,200 over the course of 25 years. To prevent poaching, a secure tortoise enclosure houses juveniles until they reach three years old and are released into the wild. The oldest resident, James, has almost reached 150 years of age.

The Fregate  Island giant tenebrionid beetle or Frégate beetle is a flightless species of beetle in family Tenebrionidae. It is endemic to Fregate Island in the Seychelles.It grows to be about 20–30 mm long and they are largely arboreal, sheltering under the bark of trees, beneath the crooks of branches, and within bushes during the day. In 1996, 47 of the beetles were taken to Zoological Society of London (ZSL) to provide a back-up to the population and for vital research purposes.

The conservation and restoration of Fregate Island’s natural habitat have saved the Seychelles Magpie Robin from extinction. The most endangered of the endemic birds, Seychelles Magpie Robin or Pi Santez in Creole, came close to extinction in the late twentieth century when in 1970 there were only about 25 surviving birds on the island. Through active conservation programme by Birdlife International and in later years by Nature Seychelles the total number of birds has risen significantly, although it remains one of the rarest birds in the world. Its conservation status has greatly improved, the species was downlisted from being Critically Endangered to Endangered in 2005 by 2016 they had numbered to over 120.

The Wright’s Gardenia is viewed by some as one of the most beautiful of the Seychelles trees and can be found on Fregate Island. It is small with smooth, greyish-green bark and acutely pointed, dark-green leaves which may reach 12 cm long. The white flowers are speckled with deep red and have a strong, heady scent. Fruits are olive-green rounded berries; they may be up to 6 cm long and contain many seeds.