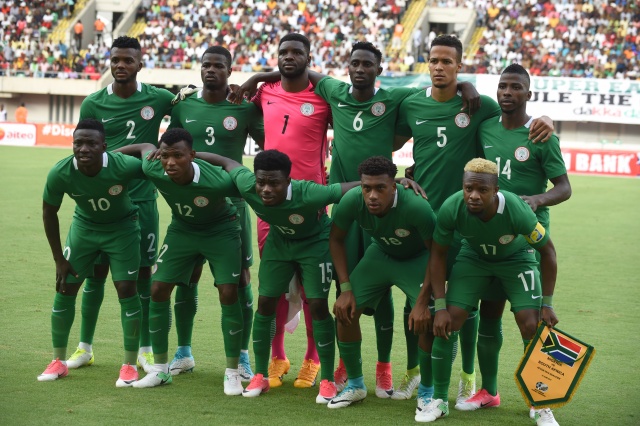 (AFP) - Nigeria bounced back into contention in the qualifying tournament for the 2019 Africa Cup of Nations on Saturday with a 3-0 win in the Seychelles.

It was their first victory in the group after they lost their opening game 2-0 to South Africa last year.

The Seychelles packed their defence in the first half and soaked up the pressure applied by Nigeria until the deadlock was broken after a quarter of an hour.

Skipper Ahmed Musa opened the scoring for Nigeria after 15 minutes when his powerful shot from outside the box pinged off the crossbar before it hit the diving goalkeeper and bounced over the line.

Chidozie Awaziem doubled Nigeria's advantage in the 34th minute, putting away a rebound from Kelechi Iheanacho’s free-kick that had come off the post.

Odion Ighalo was unlucky not to make it 3-0 two minutes later when his chip over the Seychelles goalkeeper bounced off the crossbar.

However, the China-based striker made up for that in the 57th minute from the penalty spot after the impressive debutant Samuel Kalu was fouled inside the box on his way to goal.

The home team’s best chance to score was in the 62nd minute when onrushing Eagles goalkeeper Francis Uzoho was lobbed, but the effort missed the mark.