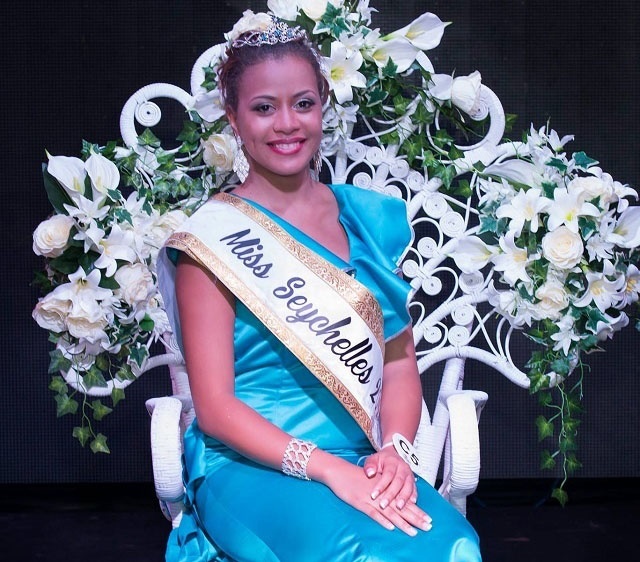 (Seychelles News Agency) - The Creative Industries and National Events Agency (CINEA) – a government agency - has said that the government will no longer organise the annual Miss Seychelles beauty pageant because of a poor return on investment.

Gustave De Comarmond, deputy chief executive of the agency, said that it is best that the event is organized by the business and private sector. CINEA took the decision earlier this year following consultations with concerned parties.

De Comarmond, who was speaking during a press conference on Monday, said that there are no returns on the high investment made for the organisation of the contest and for the winner to participate in Miss World.

“The estimated costs for organising the beauty contest locally and for Miss Seychelles’ participation in the Miss World beauty pageant annually amounts to R1.5 million. This includes a £5,000 (SCR 88,000) entry fee as well as various other costs including airfares, living expenses, clothing and grooming,” explained De Comarmond.

“Following my visit to the Miss World beauty pageant held in China last year, I talked to other license holders from other countries and realised that nobody stands to benefit much from the event,” he said.

The Creative Industries and National Events Agency which was created in 2016 to manage and organize national events, was mandated to organise and oversee the beauty pageant in 2017.

According to De Comarmond, organising the pageant puts a lot of pressure on the budget the agency receives. “The funds allocated towards the pageant can be used to address other needs and sectors of the country’s socio-economic development,” said the deputy chief executive.

The Vice Chairperson of the Seychelles Chamber of Commerce and Industries, Dolor Ernesta, told SNA on Tuesday that the business sector has the potential to organize the pageant.

“I am thinking of the tourism-related businesses, resorts, travel agents as well as the destination management companies have the potential to organize the beauty pageant and can benefit through this opportunity in terms of marketing,” said Ernesta.

The current Miss Seychelles, Hilary Joubert, who was crowned last year, ended her reign on August 26 and according to De Comarmond has already handed over her crown.

Even though Miss Seychelles did not realise her anti-bullying project, De Comarmond said that “despite CINEA’s lack of resources, we have tried to attend to Miss Joubert’s needs in every way possible. With regards to her project, she had targeted the building situated at North East Point but we did not know that the building had already been allocated to the Autism Society of Seychelles. Even though we met the Ministry of Family Affairs and Ministry of Education to see how to proceed but nothing really materialised,” said De Comarmond.

Joubert said despite not realizing her project she had enjoyed the experience, especially at the Miss World contest.  “I also wish to express my gratitude to all who helped me to reach this far and who supported me throughout my reign,” concluded Joubert.