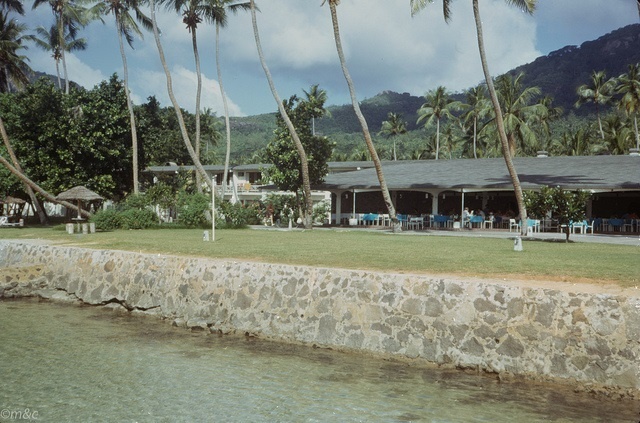 Reef hotel is among the old and abandoned hotels that are also to be reallocated. (cloud-cuckoo-land, Flikr)

(Seychelles News Agency) - The Seychelles Investment Board has confirmed that a Mauritian businessman is seeking to purchase the former Reef Hotel.

According to the Mauritius online news service lexpress on Tuesday, “The former Reef Hotel, now converted into a dormitory in Anse Aux-Pins, Seychelles, should be purchased by Dr. Krishan Malhotra, Sir Anerood Jugnauth's son-in-law.”

The chief executive of the Seychelles Investment Board, Cindy Vidot, confirmed that this is the case but that “the businessman needs to liaise with the bureau in order to do the necessary procedures before the sale is finalised.

Reef Hotel was the first tourist establishment of international standards to be opened in the 115-island archipelago in 1972 with 150 rooms. The facilities at that time included a restaurant, bar, swimming pool, tennis court and a golf course. The hotel, which was once a popular venue for seminars and local entertainment events, hosted the first Tourism Ball and the opening of the U-first campaign in December 1993.

The hotel closed down in 1990 and in 2001 it was brought by the Beachcomber hotel group from Mauritius.

Lexpress wrote further that “a letter concerning the acquisition of a hotel in Seychelles, in the amount of $ 6.5 million (approximately Rs 223.5 million) by Dr. Krishan Malhotra, was sent to the Financial Services Commission (FSC) and the Stock Exchange of Mauritius (SEM) 10 days ago.”

The Minister of Tourism, Civil Aviation, Port and Marine, Didier Dogley, said that “if the sale is finalised it would be a perfect opportunity to revive the hotel that was once the ‘it’ place for amusement.”

“This place is a great historical landmark and so many people hold great memories of it since it was opened. I know if it is given a facelift or restructured it will be loved again as it was back then,” he added.

Tourism » Be a reporter: Write and send your article » Subscribe for news alert
Tags: Seychelles Investment Board, U-first campaign, Stock Exchange of Mauritius