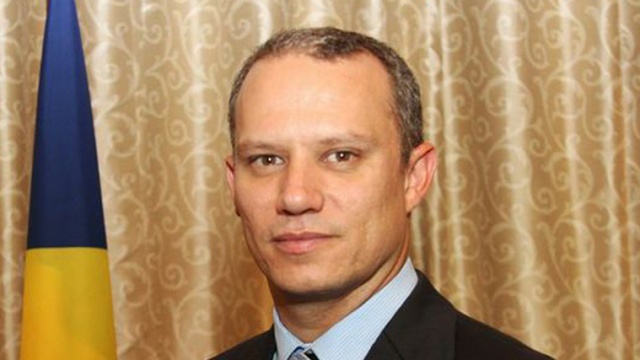 Adam was answering a question from the Leader of the Opposition in the islands’ National Assembly David Pierre who wanted clarifications on the issue of money which according to allegations Seychelles has helped Sri Lanka to place in Swiss banks.

According to recent reports in the Sri Lankan media a member of the United National Party in the Sri Lankan parliament has said that funds “including money swindled from development projects was deposited in Swiss banks through Seychelles.”

One of the articles has quoted UNP parliamentarian and well-known economist Harsha De Silva as saying that because of strict laws adopted by Switzerland, the amount of funds deposited in Swiss banks under Sri Lankan addresses had decreased in recent years while deposits through Seychelles had drastically increased.

“The population in Seychelles is slightly more than 90,000 but the deposits under the addresses of that country are worth about 3,000 million Swiss Francs last year, which is higher than the accumulated deposits under Sri Lankan addresses,” says De Silva in the article.

In his reaction to the allegations, Adam said that they are based on what he described as “a false comprehension and perception of the structures of the financial services sector.”

“……..Seychelles has embarked on a process (…..) to register companies not only from Sri Lanka and these companies can have assets in banks across the world, it could be in Swiss banks as well as in banks elsewhere including Seychelles….. the transfer of money in itself is not a crime. For us to say there has been a crime, fraud or money laundering there must be a proof that a company is implicated in illegal activities,” said Adam.

“I think the main accusation that shows it is without any basis is to say that restriction in Switzerland has been strengthened that is why the money is channelled through Seychelles. But the restriction applies for every country, if you pass through Seychelles or another country does not matter, the key is to find out if there are companies involved in illegal activities. I think it’s important that we go according to the facts and not according to allegations.”

Last year the Organization for Economic Co-operation and Development OECD rated the Seychelles jurisdiction as ‘non-compliant’ in terms of tax transparency rule.

Adam noted that since that happened Seychelles has taken steps to impose stricter regulation of the sector to avoid becoming a haven for money-laundering and other illicit financial activities.

In November last year, the National Assembly of Seychelles also approved amendments to some sections of the 1994 International Business Companies Act and the inclusion of a new section to ensure that the law and offshore sector are in line with OECD’s recommendations.

The Financial Services Agency (FSA) was also set up earlier this year as an independent regulator of Seychelles corporate services providers, securities exchange, insurance and other related businesses.

“We have all the mechanisms in place, meaning if there are any suspicious transactions we have the mechanism as well as cooperation with other countries, to investigate. We have the financial intelligence unit (FIU) that have intervened in several cases where money has been transferred here illegally and seized the money and in some cases repatriated the money to foreign governments and companies that were making accusations against the companies.”

The Seychelles Minister for Foreign Affairs described the archipelago as having established itself as an investment hub that allows businesses from several countries from Europe, Asia and even America to conduct business not only in Seychelles but in other countries in the region.

Faced with such allegations as being reported by the Sri Lankan press Adam said the best thing Seychelles can do is to show that it has all the necessary elements in place to deter illegal practices through its offshore sector.

“It does not mean, I want to be clear, that there aren’t people who are misusing the structures in place, there are some people unfortunately who are always trying to find ways to go through the back door instead of going through the legal channel, but more and more we can see that with the structures we have in place the chances of those with such bad intentions being successful is minimal,” he concluded.

SNA contacted the Seychelles Financial Intelligence Unit (FIU) that has said they are aware of the allegations being reported by the Sri Lankan Media.