Development of 14 of Seychelles' islands laid out in new plans 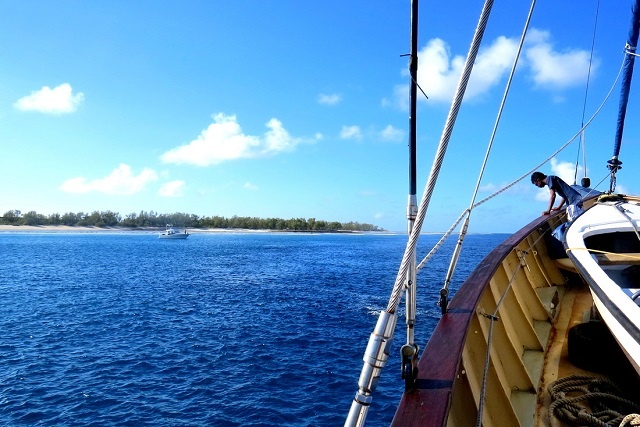 Cosmoledo is set to get new infrastructures in the new development plan. (Islands Development Company)

(Seychelles News Agency) - The building of infrastructure on the atolls of Cosmoledo and Providence are the main objectives set in the development plan of the Islands Development Company (IDC). Further areas of focus include the development of tourism, agriculture and aquaculture.

The third plan of the company which covers the years 2018 to 2023 was approved by the Cabinet of Ministers last week. The plan sets out the strategies for the development of the 14 islands and island groups under IDC’s management.

Within the five-year plan, the company has outlined the priorities and targets for each island and island groups and a timeline when each goal should be achieved. The plan also paints the current status of the islands as well as constraints being faced.

The first project to be tackled is the building of a landing strip on Providence -- an atoll hit by cyclone ‘Bondo’ in 2006. IDC started the project but was unable to complete it due to lack of funding.

“We are now being assisted by the government with close to $370,000. IDC will bear the remaining cost of the project which amounts to a total of around $1 million,” said Glenny Savy, the chief executive of the company.

The airstrip on Providence is expected to be ready by June next year and from there, infrastructure will be built, enabling IDC to have a permanent population on the atoll.

A temporary camp will be set up on Cosmoledo, paving way for the construction of a runway and relevant infrastructure.

Savy said that the company has different plans for the different islands. Tourism, agriculture and aquaculture are economic activities that can be carried out.

He said there is an existing policy which limits the construction of hotels to one per island. Coetivy and Silhouette are the exceptions as they are big enough to have two hotels.

“We have placed a limit on the number of rooms the hotels can have as we are aiming for a higher yield per room,” said Savy.

For the agricultural practices, only a certain type will be carried out on the islands as IDC wants to limit the use of pesticide and fertilisers. IDC is concerned that these products might affect the surrounding reef and water table of the islands.

In his press conference last Thursday, President Danny Faure said that under the new development plan, provisions have been made for prisoners in Seychelles to become more productive in the development of these islands.

Detailed plans on the activities that can be carried out on Coetivy, Poivre, Desroches and Farquhar have already been drawn. The company is waiting for the approval of the government.

“Not all the islands are similar. There are islands under our responsibility that will be left in their natural state for conservation purposes. For example, we intend to develop only one island in the Farquhar group, which consists of 11 islands,” said Savy.

Savy invites the private sector to join in the development of those islands.

“All these activities will be tendered out and anyone within the private sector wanting to invest in the development of the islands are invited to do so. IDC can partner with the private sector to help them establish themselves and grow,” he said.

General » Be a reporter: Write and send your article » Subscribe for news alert
Tags: Cabinet of Ministers, Islands Development Company