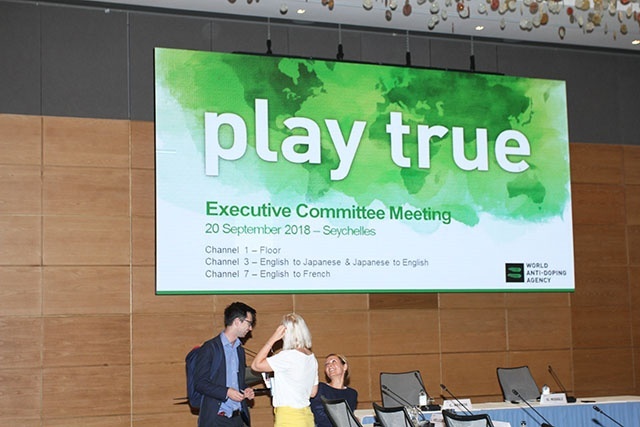 Nine members of the executive committee voted in favour of the recommendation of the review committee to reinstate the Russian agency, subject to strict conditions.

Jonathan Tailor, the chair of the compliance review committee, said that Russia has been reinstated on two very clear conditions.

“One, that the analytical data must be provided and the date agreed by the exco (executive committee) was by the end of the year. After that any samples that were required for re-analysis to be provided within six months,” Taylor told journalists after the meeting at Eden Bleu on the outskirts of the capital, Victoria.

He added that the reason for the delay “is because WADA will need time to review the data to understand which samples needed to be re-analysed.”

Russia's anti-doping agency was suspended in 2015 after a WADA-commissioned report outlined evidence of an extensive, government-backed doping programme in sports.

The President of the WADA, Craig Reedie, said Russia must comply with WADA's requirements: “If the Russian authorities continue to refuse access and do not meet our deadlines, then RUSADA will again be declared non-compliant under the ISCCS that offers a much more robust legal framework and a clear process.”

The reinstatement of Russia has been met with disapproval from across the world, and in his address, Reedie said that WADA understands that this decision will not please everybody. He made a special mention of clean athletes who were denied places at the Olympic and other major events, and others were cheated of medals.

“It is entirely understandable that they should be wary about the supposed rehabilitation of offenders. The pressure on WADA to ensure that Russian sport is genuinely clean now and in the future is one that we feel very keenly and we will maintain the highest levels of scrutiny on RUSADA’s operations and independence,” said Reedie.