France says 'no alternative' to AU-led plan on C.Africa 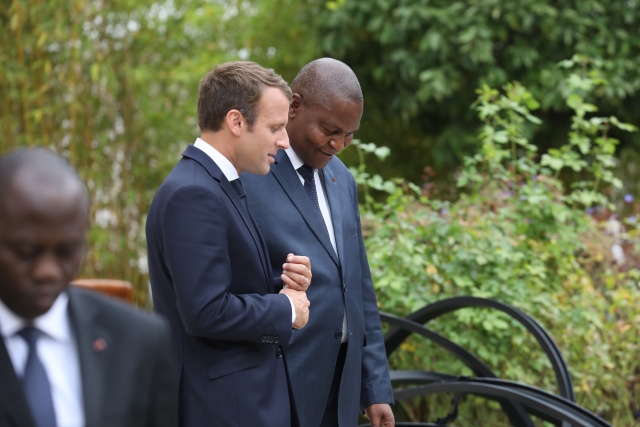 (AFP) - France's foreign minister said an African Union-led plan was the only viable way to end fighting among rival factions in the Central African Republic, pushing back Monday against an alternative peace process steered by Russia.

"There is no alternative that is either desirable or is likely to succeed," Jean-Yves Le Drian told reporters at the United Nations.

His comments came after Russia and Sudan co-hosted talks in Khartoum late last month among some of the Central African Republic's rival militias in a sign of Moscow's growing involvement in the country.

The militias have been battling one another ever since the 2013 overthrow of longtime leader Francois Bozize, a Christian, by majority-Muslim militias in a coalition called the Seleka.

France, the former colonial power, intervened to oust the Seleka and the UN deployed a peacekeeping mission, MINUSCA, in 2014.

But President Faustin-Archange Touadera, elected in 2016, controls only a fraction of the country.

Most of the territory is overrun by armed groups, many of which claim to protect Christian or Muslim communities, and which often fight bloodily over resources.

Violence has led to thousands of deaths, while according to the UN, nearly 700,000 people have been internally displaced, 570,000 are refugees abroad and 2.5 million are in need of humanitarian aid.

The AU, supported by the UN and the CAR's main partners, has been striving to set up negotiations among the militias and the government since July 2017 but progress has been scant.

Le Drian, however, said the AU initiative remained the best chance for peace.

"The African Union's initiative is the only credible framework which has the backing of the entire international community for a lasting end to this crisis", Le Drian told reporters.

"This is an initiative that would secure the disarmament of armed groups and the restoration of governmental authority over the entire country," he added, underlining that the security situation "remains worrying."

A high-level ministerial meeting is expected to be held on Thursday on the margins of the UN General Assembly to discuss the situation in the CAR.