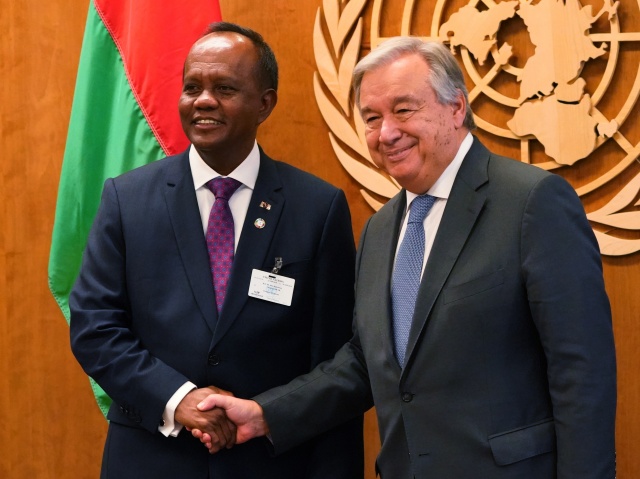 (AFP) - Madagascar's government faced a backlash on Wednesday after it moved to have the publication of an opinion poll ahead of presidential elections cancelled, claiming it was protecting "public order".

The survey, commissioned by the German Friedrich Ebert foundation, canvassed voting intentions ahead of the first round of presidential voting on November 7 and was due to be published by current affairs magazine Politika.

A run-off round of polling will be held on December 19 if there is no outright winner in the first ballot.

Authorities ordered that the publication containing the results be withdrawn from news stands, according to the publishers who also cancelled a scheduled media conference to announce their findings.

"We note the significant concerns over the publication of the opinion poll results and the importance of maintaining public order, state security and national dignity, as flagged to us officially," said the publishers in a statement.

Friedrich Ebert foundation spokesman Marcus Schneider said that he was pressured not to publish in "an official government letter".

Opinion polls during electoral campaigning are not banned but are a rarity in Madagascar.

Electoral commission chief Hery Rakotomanana had raised concerns over the polling on Tuesday.

"In the context of Madagascar, it's already difficult to carry out a poll because of the disparities in the population's level of education and awareness," he said.

"People will accuse the commission of rigging if the election results don't match the polling."

The opinion poll was carried out by telephone using a representative sample of 800 citizens of the poor Indian Ocean island nation aged over 18 and had a margin of error of 3.5 percent.

Journalists at Politika responded to the government order by tearing out the nine pages of their publication reporting the poll's findings so that the magazine could still be sold.

"It was the result of two months of work and investment that was snatched away from us in one fell swoop," said the journal's editor-in-chief, Raoto Andriamanambe.

President Hery Rajaonarimampianina and two of his predecessors -- Andry Rajoelina (2009-2014) and Marc Ravalomanana (2002-2009) -- are the favourites to win the presidential vote.