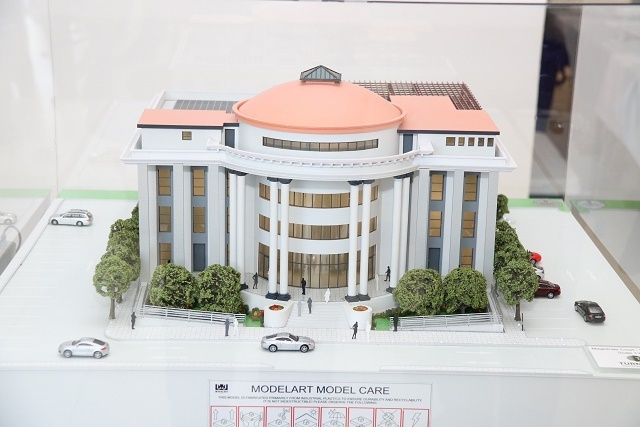 (Seychelles News Agency) - The Seychelles’ Magistrates’ Court and tribunals are set to get a new state-of-the-art building by January 2020 funded by the government of India.

The foundation stone of the new building was laid on Friday symbolising the beginning of construction for the establishment which will be located at Ile du Port -- a manmade island on the outskirts of Victoria.

Seychelles, an archipelago in the western Indian Ocean, has a judiciary building -- the Palais de Justice -- built by the Chinese government in partnership with the government of Seychelles.  The $6 million building which opened in 2013 is located close to where the new one will be, but it does not have enough space to accommodate the Magistrates’ Court.

Presently, the Victoria Magistrate’s Court is located in Block A of the Unity House opposite the bus terminal and in her address at the ceremony, the Chief Justice -- Mathilda Twomey -- said the area posed security and capacity concerns.

The new building will be located between the Palais de Justices and the Supreme Court annexe.

Twomey said the construction over the next 18 to 20 months “will be a noisy, messy and I’m sure at some point a frustrating process. But it will be the final stage of the development of our judicial complex.”

This is the first construction project to be undertaken by the Indian government in Seychelles, a group of 115 islands in the western Indian Ocean.

The Indian High Commissioner to Seychelles, Ausaf Sayeed, said the building is not going to be the only one.

“We expect to have three other construction projects to be executed soon in the same neighbourhood as this building. One would be the government secretariat which will accommodate 400 offices, a new police headquarters which will also house an inbuilt forensic laboratory and a new Attorney General’s Office.

The construction project at a cost of $3.45 million is part of a grant the Indian government gave earlier this year to support civilian projects in Seychelles amounting to $8.36 million.