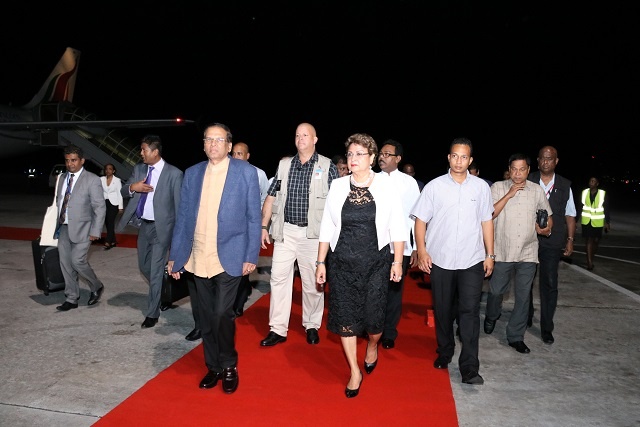 Sirisena is the second Sri Lankan President to visit the island nation in the western Indian Ocean in the last five years. The President’s visit coincides with the 30th anniversary of diplomatic relations between Sri Lanka and Seychelles.

During his three-day visit, Sirisena will meet with Faure at State House and hold bilateral meetings.

On his programme for Monday is also a visit to the Seychelles Hospital and the opening of the branch of Lanka Hospitals Corporation in the island nation.

Pallewatte Gamaralalage Maithripala Yapa Sirisena, who is the seventh President of Sri Lanka, came into office in January 2015. Sirisena took over the presidency from Mahinda Rajapaksa, who undertook two official visits to the island nation in 2013 and 2014.

Sirisena is the first president to make a state visit to Seychelles since President Danny Faure assumed office in October 2016. The Sri Lankan President and his delegation will be in the island nation from October 8 to October 10.