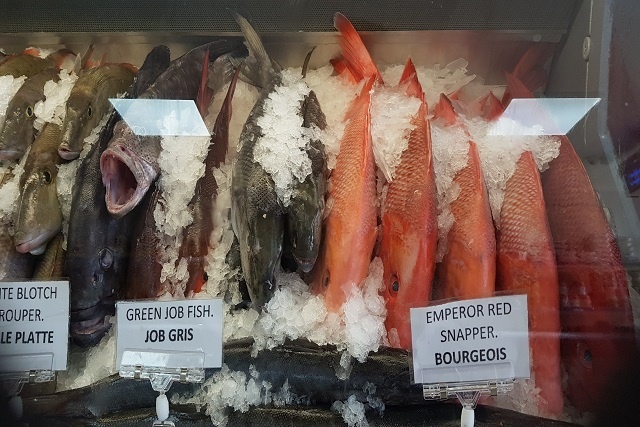 Figures of the National Bureau of Statistics released in September showed that the exports of fresh and frozen fish from January to June rose to 5025 tonnes. (Salifa Karapetyan, Seychelles News Agency)

(Seychelles News Agency) - Exports of fresh and frozen fish are up in the first six months of the year and the Ministry of Fisheries and Agriculture said this is contributing positively to the economy.

According to the figures of the Seychelles’ National Bureau of Statistics released in September, the exports of fresh and frozen fish from January to June rose to 5025 tonnes -- an increase of 116 percent compared to the 2451 tonnes of the same period last year.

The principal secretary of the Department of Fisheries, Jude Talma, said the increase is giving a boost to the country’s domestic exports.

Fishing is the second top contributor to the economy of Seychelles, a group of 115 islands in the western Indian Ocean.

Talma said that 52 percent of the fish caught is being exported as a result of bycatch landing in Seychelles.

“Most of these fish caught by purse seiners are not necessarily processed here but are transhipped to other countries. However, in the long run, the government is planning to process more of these fish locally to gain more benefit by adding more value to it,” he added.

Seychelles has a vast Exclusive Economic Zone of 1.37 million square kilometres, the island nation looks to the sea for sustenance.

Speaking to SNA, Ilia Kazakov, the sales manager of a local company Oceana Fisheries, said, “For our company, in particular, we reduced the volume of exported fresh fish, but increased export volume of frozen fish. In total, we doubled the amount of fish exported last year.”

Responding on if the level of export is expected to increase further, Kazakov said that it depends on species.

“Some of them have a tendency to decrease, while some of them can grow tremendously. The  Seychelles Fishing Authority and Ministry of Fisheries and Agriculture have to look at how to maintain healthy and sustainable fishing for species like tuna and emperor red snapper and encourage fishing of other fishes as well,” said Kazakov.

She added that tuna and swordfish are mainly exported.

While export of fish has increased, that of sea cucumbers has dropped following a decrease in the number of catches. This prompted the Seychelles Fishing Authority to reduce the length of the season by one month. As of this year, the sea cucumber fishing season will last from October to May instead of October to June

Since the year started, the authority found the need to introduce a quota system for each of the three species of sea cucumber that are targeted -- the flower teat fish, white teat fish and prickly redfish.

Fisheries » Be a reporter: Write and send your article » Subscribe for news alert
Tags: National Bureau of Statistics, Oceana Fisheries