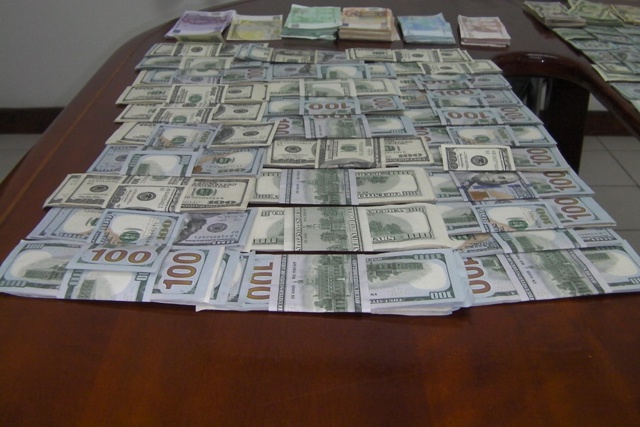 According to security officials the arrest and seizure signals a major breakthrough in what is believed to be an international drug and money laundering syndicate. The agency refused to release the name of the suspect but revealed that he is a 30 year old father of one who hails from Point Larue.

The suspect whom the NDEA said the suspect was arrested while trying to smuggle out of Seychelles some $20,000 in both US and Euro currencies.

According to the preliminary NDEA investigations an accomplice had secretly smuggled the money into the departure lounge of the airport.

The money was then passed to the suspect who was readying himself to board a flight to Dubai. The suspect was arrested and taken to NDEA headquarters but later released.

The NDEA has now opened a joint case file with the Financial Intelligence Unit (FIU) after initial investigations revealed that the suspect was smuggling the money out of the country to buy drugs.

Under Seychelles laws these two agencies are empowered to investigate the misuse of drugs and money laundering.  He is currently assisting the anti-narcotics agency in investigations.

The seizure of the cash booty comes in the wake of the $2.4million worth of drug that the NDEA seized after conducting two successful sting operations in Mahe in April and May this year. In the recent past both the FIU and NDEA have been conducting strict surveillance within the Seychelles borders which has helped deter drug networks and money laundering syndicates from having a foothold in the country.