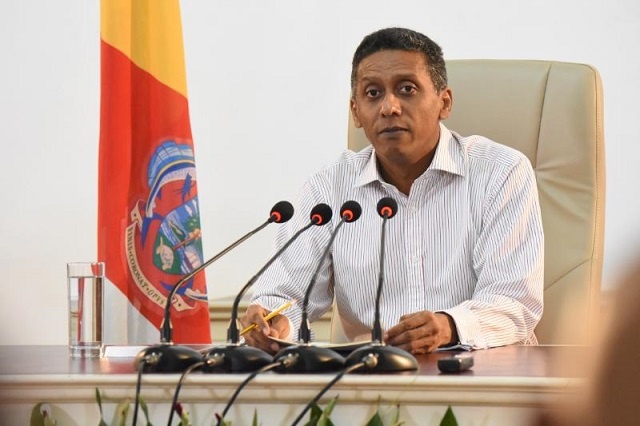 (Seychelles News Agency) - President Danny Faure of Seychelles gave his first live press of the year at State House on Thursday. SNA presents an overview of the issues raised.

“My principle is one based on transparency, accountability and on good governance, but for us to be able to achieve this we need processes, laws and mechanisms to be established and competent staff in these structures. I am not here to blame anyone but I hope that all authorities do their work. According to set reports and according to investigations done, appropriate action is taken. Since 2017 to date I personally have heard a lot about FIU. I am seriously considering the appointment of a commission of inquiry for us to look at this from A to Z, so that the people of Seychelles can also know what really happened. This is apart from the work that the Finance and Public Accounts Committee (FPAC) in the National Assembly is doing. I would be happy that this investigation is done by this commission of inquiry. I am not interfering in the work that the FPAC is doing under their mandate but I think that it is time that we have an independent inquiry on this.”

The issue of the missing $50 million was raised again at the conference. The money which was a grant has been the subject of much controversy in the island nation. Faure said the issue is being handled by the Anti-corruption Commission of Seychelles. And he asked that the commission is allowed to do its work on the subject. “They have started and I think at the right time the commission as an independent commission can explain where they are or where they are going with this. I think it is in the interest of everybody for us to know the truth on this issue,” said Faure.

Monopoly on dredging activities in the north of the main island of Mahe.

Faure confirmed that a Dutch company has recently signed a contract to undertake dredging activities in the bay at Beau Vallon in the north of Mahe. “They did the previous work to find out where sand needed in construction in our development can be found. Their contract ends in 2021.”

The head of state said that the restructuring of the island nation’s military has started.  Faure explained that more emphasis will be put on the Seychelles Coast Guard. “We have a plan to modernize our defence forces so that we can concentrate on what is essential, taking into account changing geopolitics situations. We will be concentrating on the coast guards and it is important on a medium-term plan to reduce the number of officers in the army. Because for many years, many in the army has received ranks, making it that we have a large number of officers in our military. We are relooking at this in a well-planned way so that all is done well,” said Faure.

Sale of shares in the SEYPEC

President of Seychelles reiterated that contrary to his announcement made in the State of the Nation Address in 2017, shares in Seychelles Petroleum Company Limited  (SEYPEC) will not be sold as the company should remain 100 percent Seychellois owned. Faure said originally shares were going to be sold to Seychellois who would have been able to buy the shares. But following a review with the Ministry of Finance, and due to the financial status of the company, the government decided against the selling of the shares.