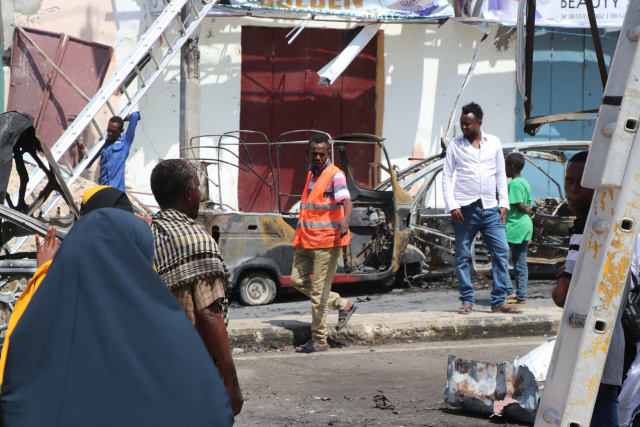 (AFP) - Somalia is now eligible to receive debt forgiveness under a special program to help the poorest nations, the World Bank and International Monetary Fund announced Thursday in a joint statement.

Facing a debt load that measured $5.3 billion at the end of 2018, the country needs to complete more steps before reducing the debt, but IMF chief Kristalina Georgieva called the decision "historic."

"It provides a clear recognition of Somalia's sustained commitment to key economic and financial reforms under consecutive staff-monitored programs with the IMF," she said in a statement.

"Helping Somalia achieve debt relief and unlock access to the needed resources to increase growth and reduce poverty is a key priority for the IMF."

The executive boards of the two Washington-based crisis lenders approved the East African nation's eligibility under the Enhanced Heavily Indebted Poor Countries (HIPC) Initiative, which is a key step to winning debt relief.

According to World Bank criteria, Somalia is one of the poorest countries on the planet, with a GDP per capita of less than $995 a year.

The country must continue to have "satisfactory" performance under an IMF monitored economic program, and pay arrears to multilateral creditors or agree a strategy to clear them, the statement said.

To date, debt relief packages under the HIPC initiative have been approved for 36 countries, including 30 in Africa.

The IMF resumed technical assistance to Somalia in 2016.

According to NGOs, most of Somalia's debt is the result of investments made before the 1990s which have since been destroyed in whole or in part as a result of conflict.