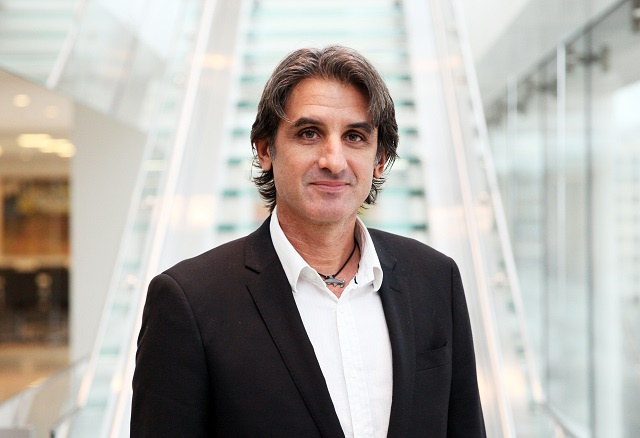 Glen Holmes, a participant at the IOTC meeting, is an officer in Pew Charitable Trusts' international fisheries programme. (Glen Holmes)

A meeting of the Indian Ocean Tuna Commission (IOTC) took place in Seychelles between May 16 to May 20 in which Australia proposed that all member countries adopt a management procedure for bigeye tuna. The proposal was accepted.

The species is a valuable tropical fish in the Indian Ocean, worth nearly $1 billion at the final point of sale, according to The Pew Charitable Trusts. However, its stock is not considered as endangered as the yellowfin tuna.

Glen Holmes, a participant at the IOTC meeting, is an officer in Pew Charitable Trusts' international fisheries programme. He is leading its engagement in three of the world's five tuna regional fisheries management organisations.

He gave SNA an insight on the matter, among other topics of concern in the fisheries conservation world.

SNA: The bigeye tuna is a not threatened species stock-wise, but Australia has proposed a management system for the species. Why is this necessary?

GH: Bigeye is not in a bad position as yellowfin is, but it is still classed as being overfished so the fishing levels are still too high although the stock isn't yet down at a level that is problematic.

If, however, things stay as they currently are, then it will be in a bad situation. It is not a perfectly good stock and we do not need to think about it. The other thing that is put forward by Australia is for a management system called harvest strategies.

This system is essentially an automated or semi-automated management process where everybody agrees that if x happens to the stock, the management action is y, and that is all pre-agreed. Introducing this management system into fisheries management means that a lot of the time you are taking the politics out of it.

People have already agreed on what the reactions will be and so the management effectively becomes much more efficient.

SNA: How does that differ from the management system of yellowfin tuna?

That is the old way of doing things. The modern way of doing things is to set up a management procedure through a harvest strategies process. There is a bit of complexity in the initial setup of that. Bigeye is ready for that to happen but yellowfin is not yet ready though it is not far behind.

SNA: Participation of all member states in the implementation of a passed resolution still remains a major challenge. How can this be changed?

GH: It is essentially no different from how the CMM (conservation and management measures) has always worked. Everyone will come around and say that they agree to this CMM that theoretically is binding. Then there is a compliance process whereby all members are then assessed on their level of compliance with that CMM.

The same thing will happen for bigeye. The skipjack measure for example is a very similar process whereby it has an automated mechanism for determining the total allowable catch. A bigeye measure is like that but the measurement procedure is much more comprehensive in terms of how it is being assessed before it gets put into place.

Compliance across the board is potentially an issue and if some countries go along and blatantly don't comply with the measure, then there should be repercussions for doing so. At the moment they will be pulled up before the compliance committee and asked to explain and if they cannot explain and give a legitimate reason as to why they are not complying, then they are marked as not being compliant and that is on the public record. That can then affect market access for example if a country wants to be selling its fish in Europe, particularly that is a high valued market.

SNA: What about countries that do not necessarily export to an international market?

GH: That is a challenge across the board. That is one of the challenges that the yellowfin is currently facing. Some CPCs (contracting parties) are not really following along with the spirit of rebuilding plans that are being implemented over the last six years, and the challenge is finding a way that persuades everybody to comply with it and not object to it, and, therefore, not be bound to it. It is a risk to the system.

SNA: Another demand to the IOTC is the monitoring of transshipment, a possible vehicle for IUU fishing. How can loopholes be closed when it comes to monitoring and how can compliance be ensured?

GH: It is true that transshipment is a risk for IUU (illegal unreported unregulated) entering the supply chain. That is partly because of observer coverage with not so much the carrier vessel but with mostly the longliner vessels or other vessels offloading to those carrier vessels on high seas.

There is a proposal on the table this week from Japan, to close some of those possible gaps in the measure. The proposal put forward is good but it does not cover all of the possible gaps that are there.  What they are trying to do is to make comparable changes in the IOTC measures so that vessels that are operating in the Atlantic and in the Indian Ocean can have consistent rules across the board.

Japan wants to decrease the time between when an event happens and when it has to be reported to the Secretariat. Japan is proposing to reduce the number of days from 15 to five days. We would argue that it doesn't even need to be five days - with current technologies, there is no reason for it not to be reported within 24 hours. That is the sort of gap that we are talking about.

SNA: Do you think that electronic monitoring should be obligatory for all vessels that are involved in transshipment?

GH: Eventually yes. Electronic monitoring has great potential to improve oversight which thereby improves management. One of the big problems with longliner fleets, in particular, is that there is very little oversight of what is happening on those boats.

Transshipping vessels in the IOTC theoretically should have an independent observer on board, so there is someone on the carrier vessel watching what is being offloaded. That doesn't cover all bases so to speak. If you had an electronic monitoring system complementing human observers, then you are much more likely to get the best outcome at making sure that there aren't protected species of marine life being transferred or narcotics that are going across.

Having more eyes on the water is always going to be a good thing so should we get to 100 percent coverage through electronic monitoring I think yes, eventually we should. I think at this stage it is much more important in the long lining fishing component as opposed to watching the trans-shippers because you already have those humans on there.

The thing that needs to happen first is that there needs to be an agreed standard by which electronic monitoring is undertaken. At the moment the standards have not been agreed upon. Hopefully, this will happen in the next 12 months. As soon as the standards are in place, then I think there should be an increase in the level of coverage eventually leading up to 100 percent.

SNA: There was a report published by Blue Marine Foundation ahead of the IOTC meeting, which stated that EU vessels are conducting unauthorised fishing in the waters of several Indian Ocean states. What are your views?

GH: I haven't read the latest report as I have been a bit preoccupied with the meeting, so I cannot give any specific comments about that one, though I have seen the headline.

This was actually brought up a couple of years ago when there was a report released maybe in 2020 or in 2019 that was monitoring the EU fleet hanging at the EEZ boundaries of Indian Ocean states. Tracking data suggested that they were dipping in and out or turning off transmitters. That is not something new but it is still concerning that they are still doing this.

SNA: Is IOTC in danger of coming apart if everybody does not come to a consensus

GH: I do not think IOTC will come apart but the really big risk for all IOTC members is that political stalemates and reluctance to compromise will lead to the demise of the IOTC stocks and that hurts everybody in the long run.

So, if people can put in management measures and procedures that take a lot of the politics out of the decision making, and are science based, and if people can come to an agreement on how to allocate the species, then that is the best recipe for keeping the species managed at a sustainable level which is the situation where everybody will win over the long term.

I do not think it will collapse, I think what will happen is that the stocks will suffer first and then the people will start to suffer because, without fish, you cannot have any fishing industry.