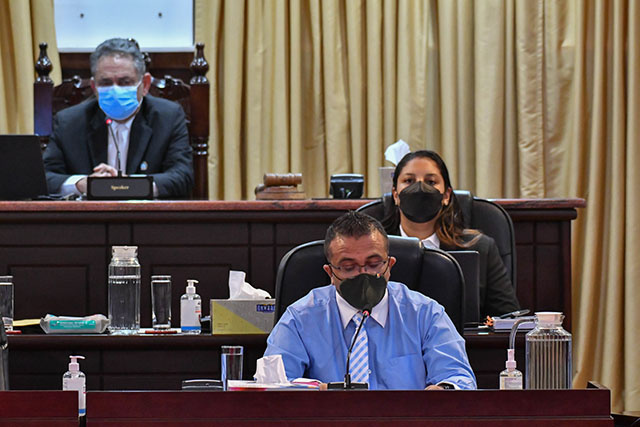 With the global economy worsening as a result of the Ukraine-Russia conflict and causing a hike in prices, the Seychelles' government has decided to introduce new temporary financial measures to support those with a lower income for the next six months.

The finance minister, Naadir Hassan, made the statement in the National Assembly on Tuesday in which he also announced the return of the 13th month salary in January 2023.

"Since the group of the population the most affected by the price increase is those with lower income, the government has decided to target the group first," said Hassan.

With the new measures, workers in either the public or private sector earning a salary less than SCR8,500 ($664) will get temporary financial assistance of SCR500 ($39).

The minister said that "those getting assistance from the Agency for Social Protection (ASP) will also get a temporary increase of SCR500 per month. This will also apply to pensioners, home carers and those on invalidity benefits or social benefits. Pensioners whose revenue is above SCR9,000 will not qualify," explained Hassan.

People with revenue less than SCR9,000 and with an electricity bill on their names will get additional support of SCR300 on their bills.

Hassan also announced the introduction of a new maximum price on products of the Seychelles Trading Company (STC).

"This will ensure that commodity prices are the same on Mahe, Praslin and La Digue. Regulation will be drafted to make it an offence to sell these commodities at a higher cost than the maximum retail price," he added.

Hassan announced the return of the 13th month salary in January 2023 and a revision in the salary structure.

"All workers will benefit from a 13th-month salary out of which 50 percent will be guaranteed but the other 50 percent will be based on their performance. Like we had already announced, the government, through my ministry, is currently working on a complete revision of the salary structure for 2023 and this will of course depend on our economic situation and budgeting," said Hassan.

The minister said that the money budgeted for the new measures is the result of a good fiscal performance of the government and that it will cost around SCR 130.6 million ($10 million) for a six-month period.

Hassan said that "after six months, the government will re-evaluate the situation and once this exercise has been done, we will announce new measures if necessary."

General » Be a reporter: Write and send your article » Subscribe for news alert
Tags: National Assembly, Agency for Social Protection