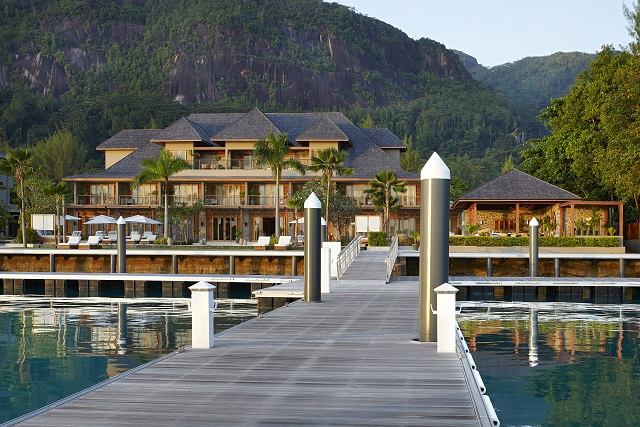 The L'Escale Resort Marina and Spa in Seychelles has clinched the award for Best Boutique Hotel in the International Travel Awards for 2022.

Cyrille Carofano, the general manager of the hotel, credits the award to the outstanding design of the hotel to what is usually seen in stand-alone properties.

"This ranking has been so great that we are now ranked as the number three of five-star hotels on Mahe. What makes us unique is that we are the only five-star establishment in Seychelles with 95 percent of Seychellois employees," he said.

Located in the central district of Roche Caiman on the main Island of Mahe, L'Escale Resort Marina and Spa, which opened in January 2021, has 25 rooms, villas and suites.

Previously it was known as The Wharf Marina and hotel, and after renovations and change of ownership, the establishment has 19 berthing facilities that can hold vessels up to 100m long.

"This means we can accommodate very high-end superyachts," said Carofano.

The small luxury hotel located in Seychelles, an archipelago in the western Indian Ocean, is also doing well in other ratings, as they are also climbing the ranks on Tripadvisor.

L'Escale Resort Marina and Spa is the only small hotel affiliated with the Small Luxury Hotels of the World brand in Seychelles and Carofano said "that also gives us an exclusive brand. We have amazing feedback about the friendliness of the people, and the warmth of the Seychelles people that the guests just enjoy and we do our marketing around that."

The establishment competed against others in the African and Indian Ocean regions.

The International Travel Awards is the brainchild of Golden Tree Events, a company based in Dubai which specialises in organising and managing award ceremonies.

The company has been holding the awards since 2018, rewarding companies for excellence in the tourism industry. Once an establishment has been nominated, clients must then vote in order for it to be awarded a prize.

Carofano said that there are plans to develop this aspect further in the future as they are currently working with the authorities to do so and that "we want to see the likes of Madonna and football players cruising around our islands and using the luxurious berthing."