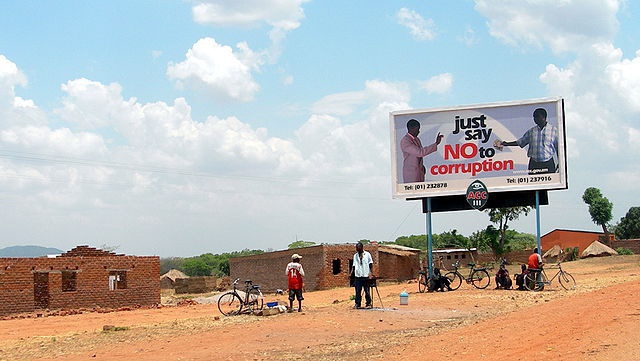 (Seychelles News Agency) - Seychelles is climbing up the list of countries with low levels of corruption.

The island nation of 93,000 inhabitants moved up three places in the 2015 ranking to 40th place out of 168 countries. The rankings published Wednesday were done by Transparency International.

In his presidential campaign, the newly re-elected president of Seychelles James Michel said he will put in place an anti-corruption commission to fight against all corruption issues in the country.

Details of the project were given by Seychelles Finance Minister Jean-Paul Adam in his 2016 budget address in December.

“The commission will have the power to investigate and bring to justice corruption cases. It will function as per the UN convention on anti-corruption of which Seychelles is already a member,” said Adam in his budget address.

In a press statement Wednesday, Transparency International said corruption still persists but many more countries have improved on the issue. Two-thirds of the 168 countries are below 50 on a scale where 0 is perceived to be highly corrupt and 100 perceived to be very clean.

At the top of the index are three northern European countries, Denmark with 91 points, Finland 90 and Sweden 89.

Denmark took top spot for the second consecutive year while North Korea and Somalia are the worst performers with only 8 points each.

Countries that have declined for the past four years are Libya, Australia, Brazil, Spain and Turkey and those with biggest improvement are Greece, Senegal and UK.

Set up in 1995, the Corruption Perception Index is compiled every year by Transparency International and reflects perceptions of corruption around the world in public sectors as well as administrative and political corruption.