Doing hair NYC-style: A Seychellois in the Big Apple 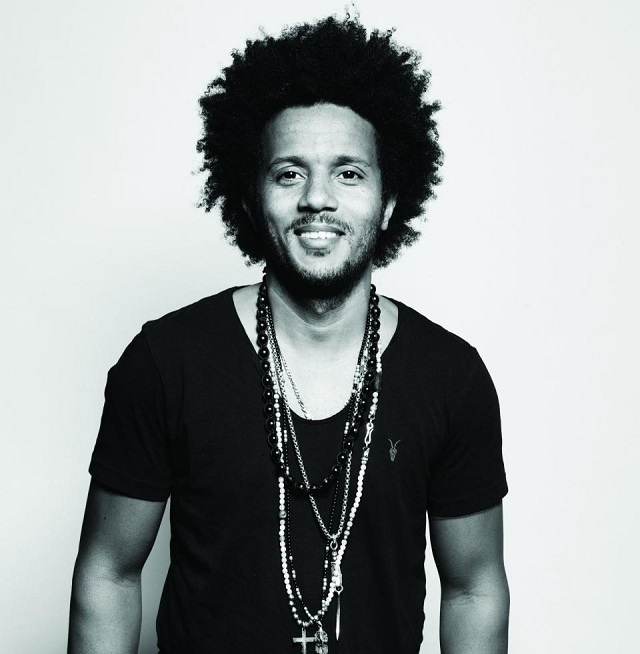 (Seychelles News Agency) - Enhancing people’s hair has always been the passion of Seychellois Richy Kandasamy, and that passion has taken him on a worldwide journey that ended in the TIGI academy in New York.

SNA met Kandasamy on one of his return trips to his homeland, the Seychelles islands in the western Indian Ocean, and he says that being in the US marks the most successful point in his career.

“New York is one of the most inspiring places on earth. I feel like this is the place I am meant to be. You don’t have to go to polytechnic, go to university or have money to make it happen. You just have to have faith and work hard,” says Kandasamy.

The 38-year-old, started trimming hair in his backyard on Castor Road, a sub-district in the Seychelles’ capital Victoria, at age 14. He began cutting and colouring hair and became the TIGI creative director in New York, a high achievement after a modest beginning. TIGI is a multi-national corporation which develops and support hairdressers in growing their business.

Kandasamy said his career “was full of achievements and it allowed me gain a lot of knowledge and passion to change things.”

Moving to a big city was not without challenges for Kandasamy. He tells SNA that he remained focused despite being different and the youngest amongst so many experienced professionals.

“I always said to myself, I am not here to explain to them where I come from but I am here to share with them what I know,” said Kandasamy.

Kandasamy says New York is the place where he belongs and it was dream come true to live in a city he would only see in movies as a young boy. Being a consultant with TIGI leaves him with opportunities to pursue other personal goals.

Richy Kandasamy grew up with his grandmother in Castor Road and says that as a young boy he would enjoy the smell that comes out of hair salons.

He began cutting hair after school hours including that of his young brother and neighbour at the back of his family house.

Kandasamy got his first professional set of clippers as a gift from his mum at 16.

“We had no television but we usually followed the American styles from movies like ‘The House Party’ that we would watch on rare occasions,” remembers Kandasamy.

His cuts were inspired by artists like ‘Boyz II Men’ an American R&B vocal group, and others following the American trend.

“I didn’t realise that God gave me a talent. I was just following the norm, that is to study for a good job but cutting hair made me travel the world,” Kandasamy says as he reflects on how far he has come.

His break came at 18 when he moved to Italy to live with his mother. After joining a hair salon in Perugia, Italy, Kandasamy did a short course in hairdressing, and applied for a position at Toni & Guy of Milan.  He worked for nine years for the company and moved from apprentice to specialist in haircuts and later became the director of TIGI academy.

The Seychellois hair specialist decided to explore new horizons after he followed a course in hair colour.

“I am from Seychelles, in Seychelles everything is colourful. Color is everywhere, in the sea, the houses, the plants and flowers. It’s amazing how everything blends together.”

He told SNA that he did a collection for TIGI called ‘Urban Detailing’ that was inspired by Seychelles. He also worked on the creation of TIGI’s first colour brand called ‘P dot’ and assisted in making the annual two collections of TIGI, some of which became among the best five colour collections in the world.

In 2008, Kandasamy moved to London, England and continued promoting TIGI colours and after three years he was promoted to the New York Academy.

In spite of his achievements, Kandasamy visits Seychelles his home land and says he is studying the market and also sensitising hairdressers and others on the islands.

His advice for islanders? “People in Seychelles need to embrace their natural hair,” Kandasamy says.