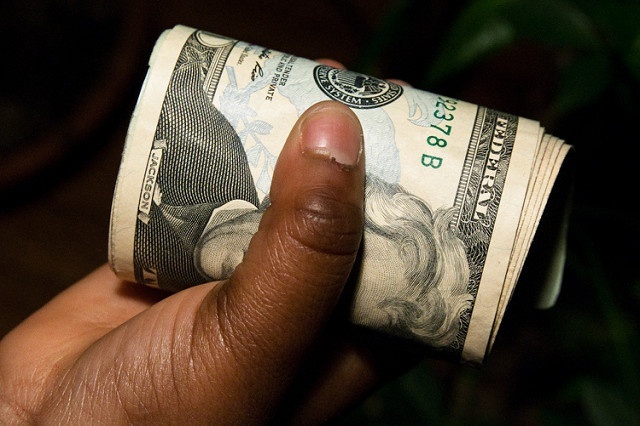 Another point discussed during the meeting is how to identify sectors which are more prone to corruption. (Steven Depolo/Flickr) Photo License: (CC BY 2.0)

(Seychelles News Agency) - More must be done to battle corruption than simply setting up an institution or commission, a top official of the Independent Commission Against Corruption of Mauritius said on Friday.

Navin Beekary -- the chairperson and director general of the Mauritian commission -- was speaking at a high-level consultative meeting on corruption on Friday in Seychelles.

Beekary, who was also conducting the meeting, said, “There needs to be stronger collaboration between law enforcement and government agencies.”

“During the meeting, we discussed how Mauritius can help Seychelles in its way to investigate, share information, and prevent corruption,” added Beekary.

The aim of the consultative meeting was to bring different agencies in Seychelles, a group of 115 islands in the Indian Ocean, together to better tackle corruption.

Beekary said that there is a lot to be done since the Anti-Corruption Commission of Seychelles is still new and this includes “establishing an action plan and strategies involving appropriate training.”

The chief executive of the Seychelles Anti-Corruption Commission, May De Silva, said that bringing the different agencies together will not only help in preventing corruption, “but will also help to establish stronger cases through stronger collaboration.”

Another point discussed during the meeting is how to identify sectors which are more prone to corruption, and Beekary said that “we have advised that a risk assessment analysis be done.”

Speaking to SNA, the chairperson of Transparency Initiative Seychelles, Chrystold Chetty, said that during the discussion he has “pushed to set up an independent whistleblowing mechanism. How this mechanism will be set up will depend on each organisation.”

Transparency Initiative Seychelles is a non-governmental organisation launched in April last year to help fight against corruption and bribery. It is part of the global entity Transparency International.

Also attending the high-level consultative meeting was the legal adviser from the Commonwealth Secretariat, Shadrach Haruna, who said that the “Commonwealth is here to support Seychelles to develop its capacities and system to fight corruption. “

Haruna said that the Ministry of Information, the Ombudsman and Attorney-General’s office have key roles to play in fighting corruption and it is imperative that they collaborate for a more effective job.

“We need to continuously relook at the existing laws so that we are able to lock in those committing or encouraging corruption,” he added.

In last year’s Global Perceptions Index, Seychelles was ranked 36th out 180 countries – the best performance for the island nation since the Index started in 1995.