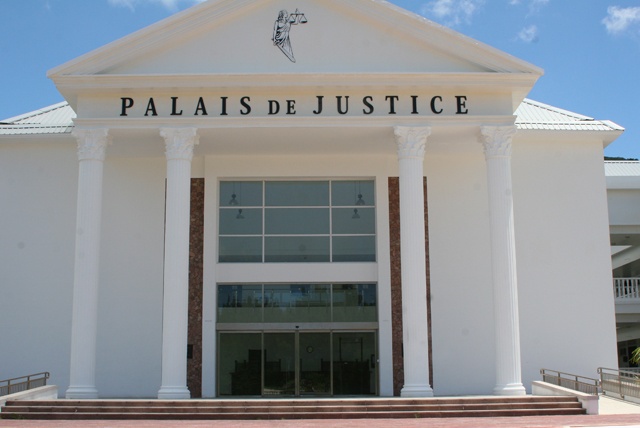 (Seychelles News Agency) - The economy of the Seychelles, a small island developing state of about 90,000 people situated off the eastern coastline of Africa, has recently been hailed by international economists as a “rare post default success story.”

In October this year, Seychelles will be given the opportunity to showcase its model for economic reform to a wider African audience, as it will be hosting and leading the Seychelles African Economic Congress. The convention to be held in the capital city of Victoria is co-organised by the Seychelles Ministry of Foreign Affairs and the Africa Excellence programme of the Institute for Cultural Diplomacy  (ICD) which is domiciled in both Germany and the US.

The breathtakingly-beautiful archipelago of 115 islands, which is heavily dependent on tourism from developed countries, was plunged deep into financial crisis after the global financial meltdown of 2008 severely impacted its major tourism source markets. This left Indian Ocean island nation heavily indebted leading to default on its loans.

At the initiation of the country’s president, James Michel, Seychelles embarked on a strict economic reform programme, assisted by the International Monetary Fund (IMF). This bold move succeeded in securing significant debt relief for Seychelles. It also led to the re-structuring of its Paris Club loans by delaying repayments for five years.

As a result of the domestic reform programme, which involved rationalization of government jobs and spending, as well as the implementation of a generally tight fiscal policy, Seychelles’ public debt-to-GDP ratio was slashed from 130 per cent in 2008 to just under 65 per cent this year. Presently the country is on track to dip below the target of 50 per cent by 2018.

The latest UNDP’s Human Development Index ranks Seychelles as number one in Africa and it is expected that the World Bank could soon classify this small island state as a high income country.

“Hosting such a conference grants Seychelles the exposure that it deserves and yet again highlights the relevance of our voice in the international community,” Seychelles foreign affairs minister Jean Paul Adam says “The event will allow for the exchange of ideas in order to foster a mutually beneficial understanding of the world and discuss the importance of the rising African continent in that context,”

The emergence of Africa’s ‘Economic Lions’

The conference, to be attended by key African government and diplomatic officials will take place from October 20 to 23 at the Palais de Justice in Seychelles main island of Mahe. The conference will discuss some of the key factors in Africa's prospects for economic growth and will be seeking to stimulate innovative and collaborative strategies aimed at stirring prosperity in the continent.

As the world looks to resource-rich Africa, hopes of a rising African economy, led by fast-growing ‘economic lions’ such as Tanzania, Ethiopia and Nigeria, prevail with the World Bank predicting a 5.2 per cent overall growth rate for 2014. In 2013 Africa’s economic growth averaged 4.7 per cent.

In the last decade, around a quarter of Africa's growth came from higher revenues from natural resources, but the commodities boom is not the only reason Africa’s fortunes are looking up. Expected to account for half of the world’s population growth in the next 40 years, Africa will be a major supplier of human resources, and the developing manufacturing and service sectors being established in Africa are also starting to gather steam.

Increasing levels of macroeconomic stability and microeconomic reforms in the region have translated into falling poverty rates and a growing middle class, paving the way towards sustainable development on the continent.

The economic opportunities, almost dizzyingly endless for a continent on the brink of a giant leap ahead, need to be constantly balanced by innovative strategies and sustainable development policies to ensure that capitalism does not plunder Africa’s wealth as it was once pillaged by colonialism.

The conference will therefore focus its attention on ways to develop Africa more inclusively, battle poverty levels and unlock the full potential of the African economy.

Among the speakers at the conference will be some of Seychelles key turn-around strategists who helped to re-engineer its economy and currently occupy senior positions in the government. They include Adam, Pierre Laporte who is the finance, trade and investment minister, former president James Mancham, chief executive of the Seychelles Investment Board (SIB) Rupert Simeon, finance’s principal secretary Steve Fanny and Caroline Abel the central bank  governor.

The 21st century belongs to Africa

Adam said that holding the conference in close collaboration with an institution of high esteem such as the ICD was a “welcome event” for Seychelles.

“Many would agree that 21st century is Africa’s and as such the continent must awaken and take on an inclusive and sustainable view to benefit all its peoples so as to ensure fair and equitable growth.” Adam says.  “As hosts, Seychelles will also discuss the blue economy concept which can add to the development of Africa in a non-traditional sense.”