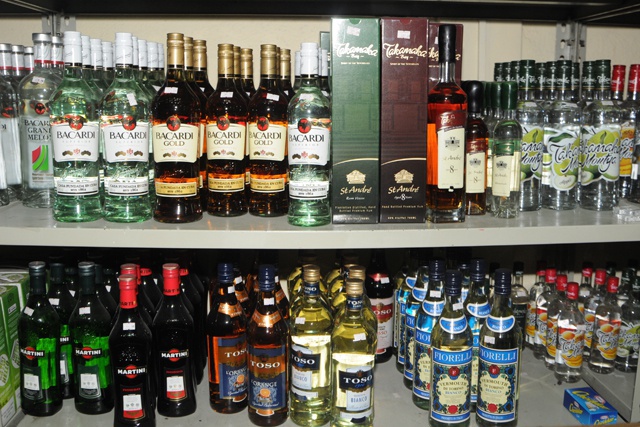 Enhanced compliance checks will be done by a  joint task force as of this weekend following reports that retailers are still not respecting the hours set for the sale of alcoholic drinks (Joena Bonnelame, Seychelles News Agency)

(Seychelles News Agency) - A joint task force will be starting work this weekend to monitor whether or not retailers are respecting regulations pertaining to the sale of alcohol, according to a joint statement issued by the Seychelles Licensing Authority and the Seychelles Police.

This is part of new strategies discussed by the two authorities to deal with situations whereby retailers are not respecting the said regulation.

“Following a meeting, the ‘JTF’ said that any licensee caught selling alcoholic drinks, and anyone caught with alcoholic beverages in any shop before or after the sale of alcohol, and in contravention of the selling hours stipulated by the law, legal action will be taken against them in conjunction with the license holder, who can be presumed to have sold the alcoholic beverage,” reads the statement.

The law governing the sale of alcohol in the Indian Ocean archipelago came into force in May last year.

The law makes provision for public holidays to be treated as Sundays, except for cases of consecutive public holidays where people can buy alcohol from the shops from 8.30 am to 11.00 pm on the day preceding the last public holiday.

Enhanced compliance checks through the joint task force as of this weekend follows reports that retailers are still not respecting the hours set for the sale of alcoholic drinks.

“Sanctions against the licensee will include appropriate fines and potentially as well revocation of license, this after review by the SLA,” reads the statement.

“The Joint Task Force, besides monitoring shops to ensure their compliance, note that persons consuming alcoholic beverages on the shop premises will also be liable to prosecution.”

Other measures in place in the archipelago to limit alcohol consumption include the prohibition to sell alcohol to persons under the age of 18.

The 2014 report also noted that the percentage of beer consumption in Seychelles has fallen from 85 percent of total alcohol consumed in 2011 to 67 percent in 2014.

The 2011 figures had previously placed Seychelles at third in the world for beer consumption, behind the Czech Republic in first place and Palau in second place.

Responding to SNA in May following the publication of WHO’s Global Status Report on Alcohol and Health 2014 that is based on data from 2010 to 2011, the Security Advisor at the Seychelles Ministry of Home Affairs and Transport Raymond St Ange said “now that we are in 2014 and noting the reports that come in from not only the police but as well other allied agencies concerned with alcohol consumption, and related abuse of same, I would say that consumption is back up.”

For several years now the Seychelles government and NGOs have implemented awareness campaigns on the dangers of excessive alcohol consumption, reinforced by a national "Social Renaissance" campaign launched in July 2011.

Most recently the month of July was dedicated as the first ‘Alcohol Awareness Month’ as part of efforts to educate and empower the people of Seychelles with regard to the dangers of alcohol abuse.

Seychelles binge-drinking figures (alcohol consumers indulge in heavy drinking sessions) are still a cause for concern, with almost 54 percent of drinkers reporting excessive drinking sessions – a significantly higher percentage than the global average of 16 percent according to WHO’s Global Status Report on Alcohol and Health 2014.