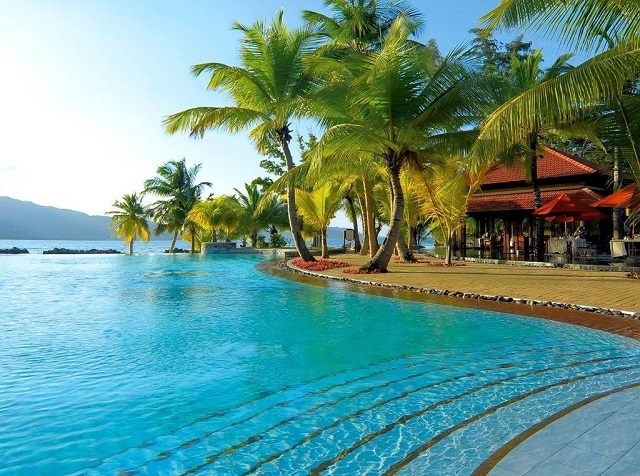 (Seychelles News Agency) - Renovation work has started on Beachcomber Seychelles Sainte Anne Resort & Spa to transform the hotel from 87 rooms to a 5-star resort of 295 rooms.

According to an article from the Independent newspaper published on January 18, the Beachcomber Group announced that local company Vijay Construction has won the tender for the project.

The Beachcomber Group is investing more than $80 million in the redevelopment of the establishment. Completion is expected by the last quarter of 2020.

In November 2017, it was announced that the French group Club Med will be taking over management of the resort while the Beachcomber Group will remain the proprietor, owning 100 percent of the new resort.

The redevelopment plan will refurbish and extend the resort as per Club Med 5-star standards.

Club Méditerranée SA, commonly known as Club Med, is a French public limited company specialising in the sale of all-inclusive holidays at a number of "vacation villages" which it owns and operates in a number of usually exotic locations around the world. Club Med is currently managing more than 70 resorts.

Once redeveloped, the Beachcomber Seychelles Sainte Anne Resort & Spa will be rented to Club Med for an initial term of 12 years.

More than 450 employees will be hired to work at the hotel and the majority of them will stay on Ste Anne - an inner island of the western Indian Ocean archipelago of Seychelles.

The Chief Executive of the Seychelles Tourism Board, Sherin Francis, told SNA on Friday “currently any additional rooms we can get in the large hotels category will help our performance, because as we have seen in 2018, during some months we had demands and requests for holiday but the properties were operating at high occupancy. It was hard for the suppliers to meet the demands. This will definitely help us to grow certain markets such as last-minute bookings.”

Opened in 2001, Beachcomber Seychelles Sainte Anne Resort & Spa is 10 minutes away from the main island of Mahe. Closed since September 2017, the resort has 87 private villas, set on a 220-hectare private island, surrounded by one of the Seychelles’ marine parks.

Beachcomber Resorts & Hotels is the trading name of New Mauritius Hotels Ltd, a company in the hospitality industry based at Curepipe, Mauritius. Founded in 1952, it owns and manages eight hotels in Mauritius, one in the Seychelles and one in Morocco. It also operates an in-flight catering business (operating as Plaisance Catering) and five tour operating companies around the world.

Tourism » Be a reporter: Write and send your article » Subscribe for news alert
Tags: Seychelles Tourism Board, Club Méditerranée SA