Door-to-door campaign in Seychelles gets the unemployed jobs 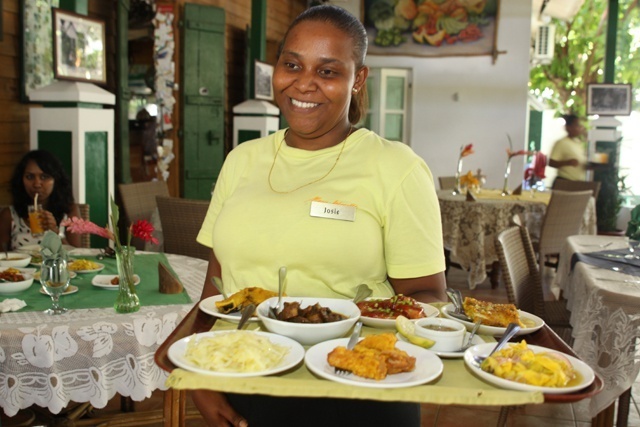 (Seychelles News Agency) - Officers from the employment department are going door-to-door in Seychelles to meet with people who are not working in order to help them find employment. The program has been credited with helping lower the unemployment rate to 2.1 percent for 2018.

The director general for employment promotion, in the Ministry for Employment, Immigration and Civil Status - Letimie Dookley - said the door-to-door programme resulted from a survey which was held from April to October last year.

“The survey was held for six months whereby 319 persons were found to be unemployed,” said Dookley, who added that as a result, 200 applicants were placed in jobs.

Dookley explained that the programme is “to bring our services closer to the public especially the different programmes available. It also allows us to create sensitisation and awareness around the importance and value of working.”

During the visits, officers from the department register job seekers. They are then offered different options such as job placements, joining the “my first job” programme or the Unemployment Relief Scheme.

Technical advisor of the employment department, Susan Morel, further explained that the different programmes represent the commitment and engagement on the part of the ministry to encourage people and help individuals secure employment.

“There are various programmes at the ministry that are geared towards making employment more accessible for the public and we try to implement programmes that would be best suited to the general population,” explained Morel.

For young people, there is a skills development programme for those aged between 15 to 30 years old, focused on re-skilling. The department also offers other services to job-seekers aged 15 to 24 years old. 'My First job' is geared towards youth who have graduated from a professional centre or post-secondary institution.

According to Morel “out of 665 graduates registered last year, 490 have been placed in employment, which represents 74 percent of that group which goes to show that employers are ready to employ youth and those who are willing to work as well.”

The Unemployment Relief Scheme (URS) was initiated last year and targets individuals who find it more difficult to get a job as they may be following a rehabilitation programme or they are receiving welfare assistance.

Nearly 400 “people on URS have been placed in full-time employment and this again reflects the lowered rates of unemployment,” said Morel.

The door-to-door programme will continue during this year. Last month labour officials were working on Praslin - the second most populated island of Seychelles – 115 islands in the western Indian Ocean.

Up to November this year, the department will be conducting visits in six other districts on the main island of Mahe.