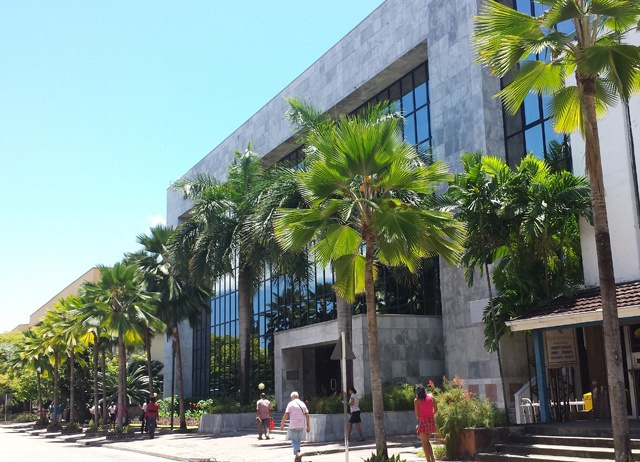 (Seychelles News Agency) - The Seychelles Government has announced measures, which will lead to higher interest rates on bank deposits and loans, to reduce pressure on demand for foreign currency after national growth slowed during the first quarter of 2014.

Speaking at a press conference this afternoon, the archipelago’s Finance, Trade and Investment Minister Pierre Laporte said though the economy is still buoyant, demand for foreign exchange this year surpassed receipts, leading to shortages at banks and money changers.

He said this is linked to increased pressure by the construction, wholesale and retail trades, whose borrowings have gone up by 13 percent this year.

Laporte said up to 90 percent of any credit or loan component is spent by way of foreign exchange.

He added that while a 3.7 percent growth rate had been set for 2014, performance was slower during the first three months, mainly due to a downturn in tourism.

The Central Bank of Seychelles (CBS) has since last Friday upped interest on deposits of 7 days offered to the commercial banks from 0.35 percent to 1.5 percent in a bid to mop up liquidity.

She expects interest on bank credit for imports to go up, but added that the CBS will not encourage higher interest on housing loans, though making no commitment.

"I shall advise anybody thinking of borrowing from the banks to wait," said Abel adding that the measures will be in force until the end of this year.

Since motor vehicles constitute a strong segment of imports, the Finance Ministry is also considering a freeze on imports of certain categories of cars, whenever these are part of government subsidy schemes.

Stronger measures to mop up liquidity have been introduced in the past, when treasury bills fetched as high as 15-30 percent shortly after the introduction of the IMF supported economic reform programme in 2008.

Laporte however made clear that the present measure are in no way similar to drastic action taken at the launching of the reform programme.

"There is nothing comparable. These are just part of constant adjustments.”

He said that revenue collection is on target for income tax, Value Added Tax (VAT) and Excise, though Business Tax has dropped for the first half of the year, linked to temporary closure of Seychelles Breweries.

Laporte also noted that indicators are more positive for the second half of 2014, with the launch of flights by Air Seychelles to Paris, Air Austral flying to the archipelago from Reunion and twice daily services by Emirates.

He also dismissed suggestions that repayment of Seychelles' external debt is in any way linked to the present situation, noting that debt servicing is on schedule and that foreign exchange reserves now stand at $ 475 million, the equivalent of four months’ worth of imports.

"We have also set ourselves a ceiling for new loans," he said.

In 2008, the Indian Ocean island nation’s total public debt stood at 151 percent of GDP with the external public debt representing almost 95 percent of GDP (US$808 million). A large part of Seychelles debt was towards Paris Club creditors and 40 percent was in arrears.

During a working visit in Seychelles in March, the IMF Mission Chief for Seychelles Marshall Mills said the country has largely achieved the objectives of the IMF- supported programme completed in December 2013 and announced that IMF is considering a proposal for a successor reform programme for the country which would allow Seychelles access fresh funds amounting to some $17 million.

The IMF Executive Board’s approval for a three year $ 17.6 million arrangement under the Extended Fund Facility for the Indian Ocean archipelago came in June.