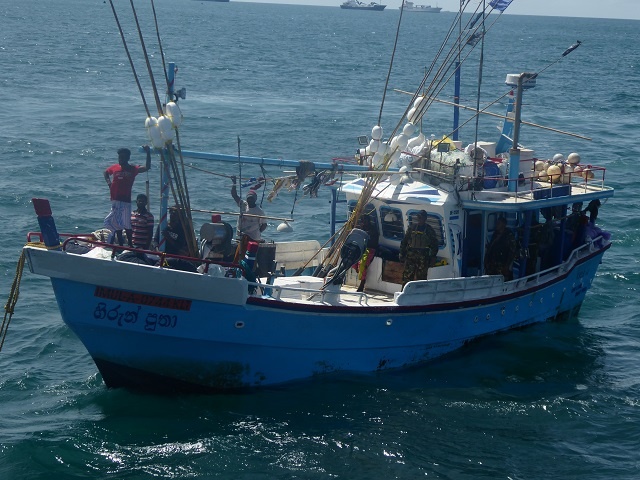 Seven crew members of Sri Lankan nationality were found onboard the flagless vessel. (Ministry of Fisheries and Agriculture/Seychelles Fisheries Authority)

(Seychelles News Agency) - The Seychelles Fisheries Authority (SFA) and the police are conducting an investigation into a case of suspected illegal fishing by a foreign vessel in the island nation’s waters.

In a joint communique on Thursday, the Ministry of Fisheries and Agriculture, SFA and the Seychelles Coast Guard said that the flagless vessel was intercepted on Saturday during a routine patrol.

Seven crew members of Sri Lankan nationality were found onboard. After Initial search by the Coast Guard officers, fresh fish, salt and fishing gears were found onboard the vessel which was escorted to Port Victoria for further investigation.

This is the fifth suspected illegal fishing case since the beginning of 2019. Three out of the five resulted in prosecution by the Supreme Court of Seychelles.

Last month, the Supreme Court ordered that a Comorian national who pleaded guilty for illegal fishing in the island nation’s waters be repatriated to his country of origin or residency. Ben Attoomani, 51, was on the vessel Pevoni that was intercepted by the Coast Guard in March.