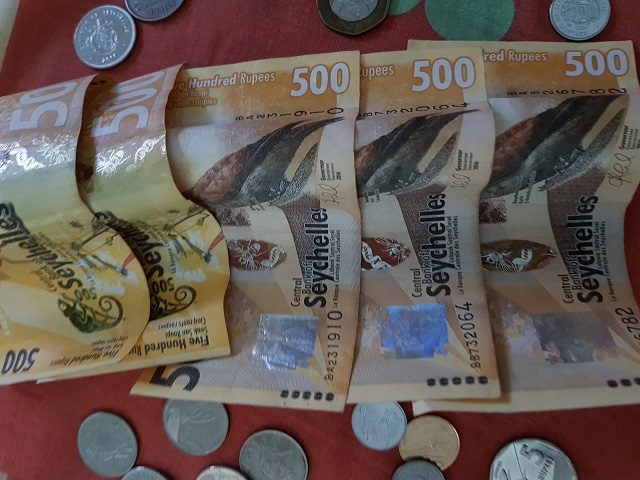 The ‘BB’ rating is attributed to the strong track record of adherence to the International Monetary Fund (IMF) programmes among others. (Seychelles News Agency)

(Seychelles News Agency) - Seychelles has received a ‘BB’ credit rating for the second time this year which means the island nation has maintained a stable economic outlook but there are risks of fiscal slippage in 2020.

The announcement was made by Maurice Loustau-Lalanne, the Minister of Finance, on Tuesday in a presentation on the report of Fitch Ratings -- a New York-based credit agency.

Loustau-Lalanne said that the score reflects a positive economic outlook for Seychelles, one that creates a perfect environment to lure in more investors.

“As you are aware existing investors look at the ratings to gauge the creditworthiness of Seychelles to see whether their investments are secure. Potential investors will also refer to this rating to decide whether it is safe and secure to invest in Seychelles,” he said.

The ‘BB’ rating is attributed to the strong track record of adherence to the International Monetary Fund (IMF) programmes, high governance and of the Gross Domestic Product (GDP) per capita relative to peers, against the small size of the economy and its vulnerability to external shocks.

Scores from Fitch Ratings are assigned on an alphabetic scale from 'AAA' to 'D'. A rating of ‘BB’ is given for countries susceptible to changes in the business or economy.

Seychelles was upgraded from a 'BB-‘ to a 'BB' rating in June.

The finance minister said that the government has adopted a wide range of structural reforms “such as incremental increases in utility tariffs and permanent revenue-enhancing measures set to generate revenue of 0.6 percent of GDP.”

Another point contributing to the rating is the good performance and execution of the national 2019 budget which will be in line with the 2.5 percent of GDP primary surplus target.

“This is supported by a one-off increase in stamp duty revenue (1 percent of GDP) from the sale of Cable & Wireless and expenditure savings that included a hiring freeze, offsetting a shortfall in the business tax,” said the minister.

Despite positive growth, Fitch in its report stated that there are risks of fiscal slippage through the presidential elections which could trigger pressure to increase spending and a delayed restructuring of Air Seychelles could require further budget support.

Other risks are that “the 2020 budget incorporates zero nominal growth in current expenditure in goods and services, the full-year effect of the 5 percent government pay rise adopted in April 2019, adoption of a long service allowance and a 10 percent rise in minimum wages, along with a projected 26 percent surge in capital expenditure.”

Already several expected measures to boost revenue have not been implemented.

“The introduction of the property tax estimated to bring 0.2 percent of GDP revenue was postponed to 2020 and additional utility tariff increases have yet to be implemented,” Loustau-Lalanne told reporters.

Seychelles wants to reduce the inflation rate to 3.4 this year and 3.2 percent by 2021.

“However we forecast inflation to pick-up to 3 percent in 2020 and 2021 due to planned salary increases, utility tariffs rebalancing, looser monetary policy and sustained albeit easing credit growth,” said Loustau-Lalanne.

Seychelles, an archipelago in the western Indian Ocean, defaulted on government debt repayment in 2008 and scored a ‘CCC’ rating. The island nation underwent a macroeconomic reform programme from November 2008 to primarily address a serious balance of payments and external debt difficult.

The ratings by Fitch is done on a regular basis to assess the country’s economic outlook including its external debt situation and potential risks to the archipelago’s economy.