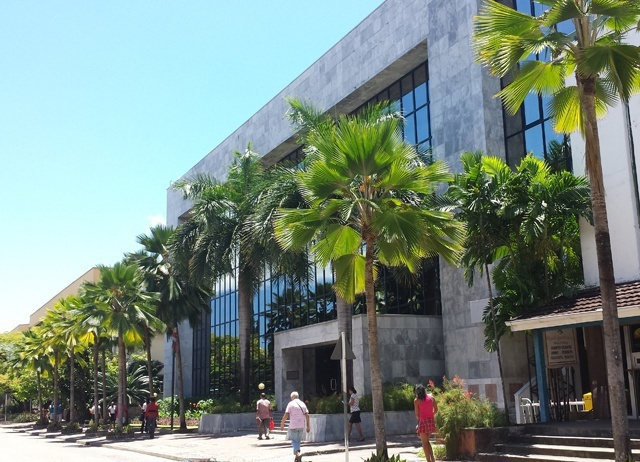 CBS is maintaining the loosened monetary policy stance for the next three months. (Seychelles News Agency)

(Seychelles News Agency) - The Central Bank of Seychelles has decided to maintain its loosened monetary policy stance for the first quarter of 2020, given the modest inflation outlook in the short to medium term, said a top official.

The decision means that the monetary policy rate remains at 5 percent for the next three months.

The interest rate of 2 percent that will be transacted with commercial banks when depositing excess money with the Central Bank, and the credit facility at a rate of 8percent when banks borrow money will also remain.

The first deputy governor of the Central Bank, Christophe Edmond, told reporters on Friday that the bank has taken into account developments both on the local and international market that can affect the price of services and commodities.

"Global commodity prices, particularly food, is expected to rise at a lower level compared to the previous quarter," said Edmond.

He said that with regards to oil prices, forecast range from a slight rise to a slight decline in prices for 2020 relative to 2019, primarily due to weak global demand.

"The reduction in the demand of oil has slowed down the economic growth of Seychelles compared to the same period of last year," added Edmond.

On the domestic front, the annual growth in tourism earnings has slowed compared to the same period last year.

The tourism industry remains the top contributor to the country's economic performance.

The Central Bank is also keeping a close eye on employee income, officially referred to as average gross monthly earnings.

The full-year effect of the 5 percent government pay rise adopted in April 2019, adoption of a long service allowance and a 10 percent rise in minimum wages, along with a projected 26 percent surge in capital expenditure supports conditions for an increase in demand pressures.

Edmond said that "despite these developments, inflationary pressures are not expected to reach levels that will threaten the Bank's primary objective of promoting domestic price stability."

Credit growth to the private sector is another element the Central Bank looks at when deciding an appropriate stance for the monetary policy.

Edmond said that credit to the private sector is on the rise but it will not affect the stability in price and the economy in general.

The Central Bank said that inflationary pressures would remain subdued for the next coming three months.

Seychelles, a group of 115 islands in the western Indian Ocean, has just received a 'BB' credit rating by Fitch Ratings for the second time this year. This means the island nation has maintained a stable economic outlook despite risks of fiscal slippage in 2020. Fitch expects the government fiscal surplus to reach 0.3 percent of GDP in 2020, meeting its 2.5 percent of Gross Domestic Product (GDP) primary surplus target.

Edmond said that CBS remains vigilant and stands ready to adjust its policies as "needed to promote price stability."