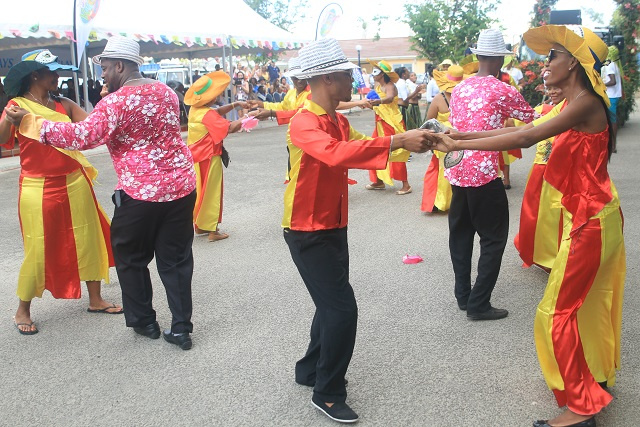 (Seychelles News Agency) - COVID-19 will surely be remembered for the lives lost, the collapsed economies and definitely for the number of disruptions it caused.

Borders are closed, planes are grounded, business shuttered, and sporting events halted as people are urged to practise social distancing and stay at home.
Until a vaccine is found, holding big events will be challenging. Here are 6 big events that will not be happening this year in Seychelles – 115 islands in the western Indian Ocean -- due to COVID-19.
250th anniversary of Seychelles
That was shaping up to be one of the most important celebrations in the history of the island nation. It was in August 1770 that a group of Europeans and their slaves arrived on the islands onboard their ship the Telemaque. The 15 French, seven Africans and five Indians were the foundation of the Seychellois people.
Last year, a year-long celebration started to commemorate this milestone with its culmination planned for August this year.
Creole festival
The Seychellois people are referred to as a melting pot of cultures. For one week in October, the island nation celebrates its diversity, rich heritage and culture. The festival which also includes a carnival is held on all of the three main islands of Seychelles.
The festival offers locals and visitors a true taste of Creole through its music, food, fashion and other art forms.
Nature Trail competition
The Seychelles Tourism Board was organising the first-ever Seychelles Nature Trail competition. Its aim was to promote sustainability, green tourism and increase the island nation’s visibility. The 25-kilometre run or hike was expected to go through well-known hiking routes including with unique, diverse biodiversities.
The competition which was expected to attract international participants was expected to have been held on May 3.
National Inter-schools Athletics Competition
Organised every year since the country’s independence in 1976, the National Inter-Schools Athletics Competition brought together all schools together in the spirit of fair play. During the course of a day, students compete in a series of track and field events. It takes place in June.
National Day parade and show
Bringing together all the forces of the island nation the parade is held every year since 2015 on the National Day on June 29 to commemorate Seychelles' independence from the British. The event has also seen the participation of defence forces from countries such as India and France. The parade also includes musical and cultural shows by different groups from the society including children. It culminates with fireworks.
National show
The show can be described as a bazaar, as one part is dedicated to agriculture and horticulture, where people can admire and buy flowers, potted plants, fruits and vegetables. This section also includes a wide variety of domesticated and farm animals.
The second part offers visitors all that can be brought in Seychelles under one roof, from cars to home appliances, clothes, toiletries to prefabricated houses.
Seychelles Buzz » Be a reporter: Write and send your article » Subscribe for news alert